It would be so easy to kill you right now.

You’d never expect it. You’re gawking at my platypus balloon-animal, and if I want, I can take advantage of your distracted state. And I do want. Oh, do I want.

Every now and then the urge comes, and I always suppress it. I wasn’t always a clown, I was a butcher once – I know what to do with a slab of meat. Sweet, pink meat. I miss it so, the thrill of chopping a fully formed animal into, well, something… squishier. Of course, since I became a clown, I haven’t had access to any carcasses. Only the normal cuts of meat that anyone can buy at Stop &amp; Shop.

Yet in the circus, meat is all around me. On plates, in the stalls… supervising the games… walking on stilts and gasping at the acrobats…

I have a craving.

Not cannibalism – but I need something to chop. Cows and pigs were fine, but after a while, the thrill diminished. I became numb to the squelching of a cleaver ripping itself free from a corpse. What a terrible, ironic thing to happen.

So why am I a clown? What possessed me to give up my dream job and turn to – no, no, I’m sorry. I love entertaining just as much as chopping meat. I can’t get so upset just because I made a choice. I chopped meat for a living once, now I make balloon animals. And I love it. The kids love it, the parents tolerate it, and I’m enjoying myself.

Although seeing a balloon animal pop just isn’t the same.

Why did the lawyer cross the road?

He was stapled to a chicken!

Laughter (phew, I read that in a joke book last night, I'm glad it works).

Now I juggle pears, located in my handy giant-baggy-blue pants.

Over there, by the games stalls. That man with his wife. My God, he’s monstrous. Must be six foot two, and weigh over at least 300 pounds. What a monster. I remember getting some REALLY big cows back in the day. Cutting off the excess fat, saving a bit for myself, that was the greatest. Yes sir, what a monster he is. Look at him, taking his wife by the hand, taking her to a popcorn stand. He jiggles when he walks, like some sort of bulbous water balloon… yes… what a monster… what a –

Something on my face? Cold and wet? Oh. I’m drooling. God dammit, Eugene, you’re working. Stop acting like your browsing in a deli.

I’ll cover it up. Stop juggling – get the pears back in your pants – now whip out your giant red hanky. Ah, nice flourish. Now act like you’re blowing your nose, make the honking sound… and discretely wipe away the saliva on your chin.

Crisis averted. Back to the pears.

I have, for the most part, been able to control my urges. My thoughts. Over my time here at the circus, my self control has increased tremendously (allowing for a lapse of concentration now and then). But I have a fear. That one day, an opportunity will come that’s too good to just let walk by, like that boy with the balloon animal, or the fat man with his wife. A homeless-looking stranger that no one will miss coming into the circus. Just a few moments alone with him. A cleaver in my trusty ol’ baggy pants. And another moment to hide the body, until I get a chance to dismantle it. At my leisure.

But that’s a silly thing to think, Eugene. That will never happen. Even if an opportunity did come, you couldn’t do it.

Then why is there a hunting knife in my boot right at this moment?

Why is there this silence inside me? Is that where the satisfaction goes? The ripping of meat from bones? The lovely crunching?

To fill the silence?

I should’ve been a mortician. 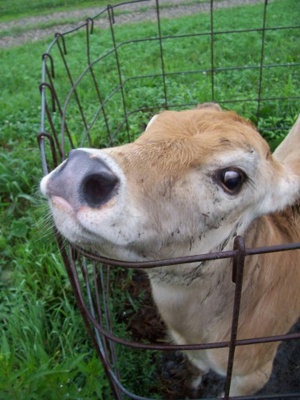 The author's comments:
Oh, we all have those moments when we decide between what we can do and what we should do. Here, I investigate the issue via black humor, and end up with a straightforward character study.
Post a comment
Submit your own

Favorite Quote:
"I wish I could write as mysterious as a cat." ~Edgar Allan Poe

View profile
Clowns are so creepy to begin with, and this totally seals the deal. Awesome job! I liked the whole thought process and the way it was written.