Being in the desert always made me feel like shooting someone. Maybe that’s why boss was always angry with me.
Honestly, I couldn’t even decide what the worst part was. Maybe it was the sand, or the relentless glare, or the fact that my AC never worked right. Or maybe it was because so many fugitives, so many of my targets, were able to use it to get across the Mexican border, where they could hide among the gang wars and lawlessness that dominated the country, and return after the heat had died down, forgotten by everyone but me.
I guess what I hated most about the desert was that if I missed them here, they were gone.

After driving along the endless stretch of road for hours, I found what I was looking for. Three cars, parked a few hundred yards off the road, all forming a sort of circle. They appeared to be abandoned, but I made sure to keep my distance, drawing my pistol from its holster and approaching the cars cautiously.

“Is anyone there?” I called, my voice rolling over the open plains. No response, so I crept nearer, my gun still pointed towards the cars. The scene looked like a pretty standard exchange gone wrong – and if the guy I was looking for was involved, it had probably been drugs of some sort.

“I’m a US Marshall,” I called again. “Anyone here? Identify yourself!” For a second, there’s nothing but silence – but then I heard something, a call, or maybe just a low moan, coming from one car.

I make sure to keep my breathing steady, slowly making my way towards the car. There was someone in the front seat slouched up against the window, which looked like it was about to shatter.

A girl, late teens, clutching her stomach. Her face was covered in sweat and most of the seat was soaked with blood. I scanned the car for anything dangerous, but nothing caught my eye, so I opened the door.

“Can you tell me what happened?”

She was shaky, but told me what she could. Her brother, a wanted felon, burst into town last week promising to finally get them out of their rat-hole of a town. And then when things got rough, and she got shot, he…left her here.

She probably won’t make it. I could still catch her brother though. Crossing the border takes time. If I drove fast, I could catch him, stop him from vanishing like so many others.

The wound would kill her soon anyway.

I sighed, looking towards the border, and took a deep breath. Then I extended a hand to her, doing my best to put on a warm smile.

“Got some in my car. C’mon, lets see if we can get you to the hospital.”

It’s funny. Sometimes, I don’t know how I stay in the desert. But other times…I don’t know if I could ever leave. 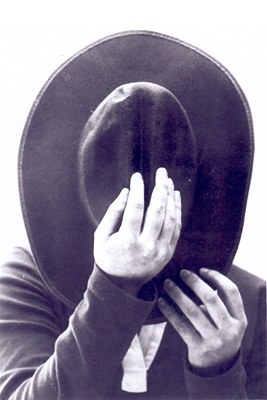 The author's comments:
Piece I did for a writing contest at school.
Post a comment
Submit your own