There had been a time when Alice thought she was invincible. She always believed those people who visited the high schools and told the students they could be anyone they wanted to be. Alice always assumed that she would have time; she would be able to do all the things she dreamed about. Well now she was running out of time, and she was well aware that she would never do any of those things.

Despite this, she knew she had lived a good life. She had a loving husband, four grown children, and twelve beautiful grandchildren. Most of her regrets were minor: places she couldn’t visit, and words she couldn’t take back. Her biggest regret, however, was two year old Casey, her youngest grandchild. Alice would never have the chance to see the person Casey would become. She was haunted by the knowledge that Casey would not remember her. One day, Alice decided to fix that.

Writing was hard now, like so many other things, and she desperately wanted to put down the pen and go back to sleep. But as much as she craved the peace and freedom from pain only sleep gave her, she was at the point where every time she went to sleep, it was with the knowledge that she might not wake up again. She was not ready yet. There was one last thing for her to do. So she wrote.

She wrote about her childhood on a plantation in Louisiana during World War II. She wrote about the hardships of raising four kids in Kansas while her husband was on assignment for the Air Force over seas. Then she began to write about how she felt the first time she held Casey: how she marveled, as she always did, at the newborn’s tiny features. She wrote about how she desperately wished she could be there for every moment of Casey’s life.

Then she wrote about life. She told Casey it was so much shorter than it seems when you’re a teenager. She told Casey that it was alright if boys broke her heart, because eventually another one would come along and put it back together. She even told Casey her favorite jokes. Then she paused. She thought long and hard before she wrote again. She wrote down every single thing she wished she had the time or strength to do. Then she asked Casey to do all these things for her. She asked Casey to remember her. Then she said goodbye.

When she finally finished writing, visiting hours were just beginning. Alice’s oldest grandchild, Beth, was the first to arrive. She saw the pile of papers and asked what they were.

“Beth, honey, those papers contain Casey’s memory of me.”

Beth considered this as she flipped through the pages.

Finally, she asked, “Did you make one of these for the rest of us too?”

Alice shook her head and said, “I hoped you would remember me without one.”

Startled, Beth looked up at her grandmother and said, “Of course we will! But these pages don’t contain Casey’s memory of you. Not all of it, anyway, because we’re going to make sure that she has all of our memories too.”

Alice smiled in contentment before she noticed Beth had begun to cry.

Then, she finally fell into the peace of eternal sleep. 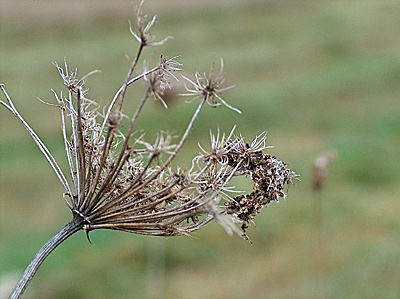