The power lines connected to telephone poles dangled sharply dark and loose in the pink sky. The boy and the girl held hands, and her black flip-flops slapped the wet pavement quietly with each step.

He wanted to tell her that the sky looked like cotton candy, or roses, or the finger nail polish he would imagine his mother might have worn. He scratched his nose with his free hand instead, and said quietly, “I have to be home by seven, or seven thirty, something.” His voice trailed off.

“Okay.” She squeezed his hand tighter.

Lights came on in the houses and over their heads, and the sky faded slowly from the cotton candy pink to a fiery orange, then blushing red, then bruised purple until entirely deadened black. There were no clouds to break or crowd the air.

She took her hand with its painted nails back for a second and wiped the clamminess off her palm onto her worn blue jeans. They threaded their fingers back together seamlessly, and kept walking, on and away from the boy’s house of hollowed sobbing.

“Is your dad okay?” It was a tentative, gentle question.

Instead he thought about hate. How he himself felt consumed by hate, and sorrow, and an aching desperateness that was overwhelming.

She felt a tiredness for him, through her bones and her toes. She saw behind the black, pressed pants of this morning and the wrinkled white shirt that had been clean, and the tie loosened and sagging from his throat. She saw all the thoughts twisting around his brain, worms of thought that wriggled and squirmed unpleasantly when prodded.

After a few moments, she realized the laces on his left shoe were hitting the ground like dull plastic raindrops, thudding quietly, and she squeezed his hand in hers again. He turned to her, and blinked before she saw the blank, hopeless expression in his eyes, and stopped.

She sat on the ground heavily, not caring if her jeans got soaked through, and took the sopping laces into her fingers, threading them quickly back together. He looked up and around at everything as she was sitting on the ground, with eyes that felt huge and dry in his head. He did not squint when a car’s headlights flashed in his face.

He wanted to tell her everything had changed, everything had been skewed into pain from what it had been, and he felt a quietness that had not been there before, and he saw everything with a dulled blankness.

But he thought she already knew. Because she said quietly, sitting very still and almost doe-like with her wide dark eyes, looking at the bow tied on his shoe, “I don’t hate anyone for anything like that. Like she does.”

And his voice broke when he said, “I know.”

He knew people did hate for stuff ‘like that’. The secretary, Angeline, who had rat poisoning in a Starbucks coffee cup, and a shotgun just in case, and a journal from her deceased mother with worn pages. She had been questioned about her whereabouts Wednesday morning, between 6 and 8:30 A.M., and her answers were short, cutting into dry air. And her answers were what they were looking for, and Angeline had yelled at the boy’s father, while she was hurriedly carried from the big room, echoing with her birdlike screeches. His father, whose face was puffy and red and there were purple bruises under his bloodshot eyes. He had clutched at his ring that had never really been legal, staring at it. She yelled that he had deserved to die, and you do too you disgusting excuse for a human being, how dare you insult the natural order of life, you f****t.

His dad had broken then at the word from his childhood, and from his high school, and now from Angeline. They knew Angeline, had shaken her hand, had introduced themselves. They hadn’t felt fear for her, the fear that now infused their hearts with pain.

And the boy, his son, sitting next to him all pale, eyes saucer-wide, his nails digging into his palms from clutching his fists together so tightly, knuckles white.

The boy watched one of the few people he loved break on that worn, splintery bench. His father’s lover, his almost husband, his other half, was already gone so far away. Somewhere else. By Angeline’s scheming thin hands, by rat poison, of all things. But it wasn’t with the man and the boy, back in their clean white house; making blueberry pancakes early Saturday mornings when the light filling the kitchen was orange and yellow, and asking how his day was after he came home from baseball practice, and singing badly to Queen on the radio, and kissing his father lightly, holding his hands, and grinning and dancing in the living room when they didn’t think he noticed, just quiet private love, and happiness and happiness and happiness seemed to be always, but now he was somewhere else. Bright intelligent eyes closed forever and fingers tight and cold and mouth in a straight line on his starkly white face.

Simply somewhere else. His father had lost half of himself, Angeline was going to jail, their house was a mess, and his father sat most nights and stared at nothing, noticed nothing. But the girl in the worn, now damp jeans was here with the boy now.

And when the girl stood from the wet ground from tying his shoelaces and took his hand again, silent, he pulled her to him tightly, wrapping his arms around her shorter frame and burying his face in the space between her shoulder and her neck.

The thought came over and over, why can’t he come home, why, circling around his brain, a bird squawking loudly and over everything else that was dulled.

He heard, “Be okay, be okay, please.” And that was all she said until she went quiet again, and her fingers dug into his wrinkled white shirt almost painfully. Her face turned to his neck and she pressed a kiss there with dry chapped lips. He hadn’t cried, he never cried, but he choked at this moment, feeling her there with him, knowing she wouldn’t leave. She smelled like her laundry detergent she used, and rain, barely there from hours ago. She smelled like turpentine that always seemed to linger around her paint-stained hands and face and hair, clinging to her like a tiny fuzzy animal with small pudgy fingers.

He felt her heart beat against his chest, and he thought he might love her, maybe. Just for her, in the middle of the rain soaked street.

There was a stinging wetness behind his eyes when he remembered again, and felt the quietness touched again by the dark, convulsing worm thoughts, and he closed his eyes tightly, and pushed the thoughts about death and hate and anger away away, and he loved her, and everything with his soul felt sharper.

It was something distant now, to think of goodness like how this felt, like yelling across a canyon to someone you thought you knew.

The thought fluttered across his mind, a final black bird in the pink sky of his fading hope and his new quietness. That maybe it was something, finally, not lifeless. Just something new. 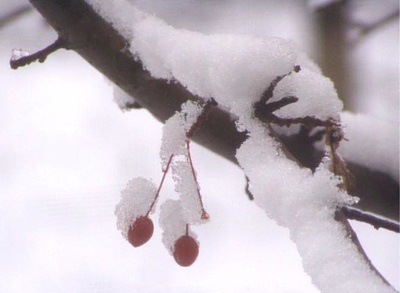