Favorite Quote:
'The only things worth doing on the weekend are completely pointless and wastes of time."

The pernicious battle was raging ferociously. Both sides were losing incredible numbers as the fighting made its way to The Ledge. “Captain!” shouted the Siberian Tiger across the chaotic tumble of bodies, “Call retreat!” He struggled for a moment with a Transformer on the edge of the perilous cliff. With a final roar, he sent the metal monster toppling to its death on the cliffs below.

“No!” Captain Bear obstinately shouted back over the tumult. “Never retreat!”

The Tiger hesitated, but nodded in obedience if not in agreement. With a flash of his white and black tail, he spun into the bloody battle to help his comrades.

Despite the bravery of Captain Bear, it could easily be seen that the brave animals beneath his command held no chance against the enemy of superheroes and transformers. Their tanks were well constructed with heavy metal, their armor was thick, and their power seemed to increase steadily as more animals fell.

Captain America slammed into a unicorn attempting to spear the Hulk. “NO!” shouted Captain Bear. He spurred his horse to a gallop, unwilling to witness the death of such a noble steed. “No!” he bellowed again, as if it could stop Captain America from blasting the unicorn to smithereens and the Hulk from stomping upon the remains.

Bear’s eyes blazed as he dismounted and turned to face both Captain America and the Hulk. “You killed him!” he shouted with anguish and fury. “He was one of my best!”

“Obviously not,” smirked the Hulk. He kicked aside the unicorn and lumbered to Captain Bear. Captain America saw his comrade Yoda in combat with the Tiger and leapt away to assist.

Bear did not run. He only braced himself, holding up his spear, waiting for death to come.

But then a shadow fell over them all.

The battle clattered to silence. The Transformers stopped spinning, the Siberian Tiger stopped chewing on Yoda, and even the Hulk shuddered. Captain America tried to bound away from the shadow, but it was too late. Too late for all of them. Too late to run.

“Thomas, what is this?!” Mom plucked a stuffed bear from Thomas’s hand.

“Um. I was just…playing on the stairs.”

Mom sighed. She plucked the Lego Yoda from the stuffed tiger’s mouth and twisted his head back on. “It seems pretty intense.”

“I can see that.” She put Yoda back in his proper place with the tiger. “Be careful that no one steps on these,” she warned, gesturing to the plastic action figures that had positioned themselves on the stairs, engaged in stationary combat with stuffed animals.

Thomas looked down from the top step where he was seated. “I’ll make sure,” he said.

Mom raised her eyebrows, but couldn’t resist a smile and a quick ruffle of her son’s hair. “I came to tell you supper’s ready, kiddo. You can clean this up later.”

Thomas’s eyes lit up as he recalled they were having hamburgers, his favorite. “Coming,” he sang, all warlike countenance gone as he abandoned his game for a much more serious and promising prospect. He and his mother made their way down the stairs, hand in hand.

The Hulk toppled to the ground, unstable without Thomas’s hand. A Transformer collapsed down another stair step as the stuffed rabbit slid forward on the banister.

Thomas did not look back as his world collapsed behind him. 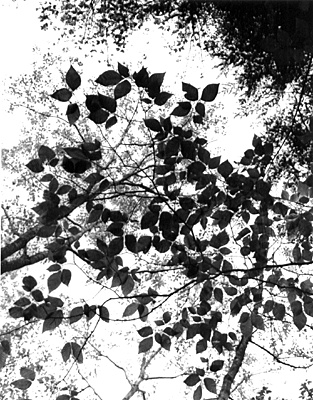 The author's comments:
I was assigned an exaggeration piece. This was not really an exaggeration, but I didn't care. I had always wanted to write a story like this.
Post a comment
Submit your own