As soon as I gave up, I knew, in one way or another, I’d be back here.

I was done, I had said, done! I really thought I was. No more art for me! I had always loved the image of a wandering, poor artist unable to make a living yet whose art is brilliance, but my story was a sorry inferior. I was lost once again, and was too tired of leaping from cliffs.

Out onto the streets I went looking for something new, and would have settled for anything had I not heard the faint rumble. Of an engine roar, like the belly of a hungry man. Nevertheless, I ran. I needed a motel to stay away from the house that I had struggled in. Signs lined the streets in green and yellow and red, advising and advertising. I saw none for a place to stay. But then, a woman walked past, in a great bustle.

“You don’t know of a motel around here, do you?” I turned around.

She didn’t respond, but continued walking, her heels clicking at an uneven pace on the sidewalk not yet cooled from the orange afternoon.

I walked for 20 more minutes, and quickly, too. Then -- finally -- a motel, marked Hilton’s. I paid for a room and found it to be the farthest to the back. On a table outside, someone had left a newspaper. I picked it up immediately and brought it inside, thinking to look for job opportunities. But I never stayed the night.

I heard it once again, around one o’clock -- that put-put-putter engine purring outside the door. It hung in the air like a fog lost in the dark. I could not lay back down with the trolley waiting so idly outside, as if it was the most patient thing alive, uncaring for lost time.

Hypnotised, I jumped from the bed and flew outside. And there it was, its headlights eyes in the dark.The doors opened in a hiss of exhaust as I ran to it. There was no driver. Perhaps he or she is out looking for me, I thought.

This trolley appeared the same as any other I had ever rode on. Metal seats lined a central aisle, which in turn held poles, and handles hung from the ceiling. People sat scattered in the seats, some young, some old, but no children. I sat down behind two women dressed in vibrantly colored saris.

“Where’s the driver?” I asked them.

They seemed not to hear me. I tried again. “The driver. . .?” I leaned forward. “Do you know where the driver is?”

The taller one turned around. “Oh, there isn’t one.” Her eyes were small, but she opened them wide when she talked. “We figured it out awhile ago. Not me, personally, but other riders. We drive this with our guilt.”

“Guilt!” I said it too loudly. Several people turned and stared.

“Gawd, keep it quiet. It’s one in ‘a morning, for Pete’s sake.” A gristly man slumped in a seat across the aisle. “Might as well baste in our guilt ‘n quiet.”

The woman beside him laughed a throat-cracking laugh. “Aw, Ernest. You know you don’t mean a word of that.”

“No, I don’t,” he admitted. “Nice to meet ya.” He reached across the aisle and met my hand in greeting. “Ah,” he said, “a firm handshake. The mark of a successful man.”


“Successful!” I scoffed. “Far from it. Never been successful in my life.”

He laughed wheezily. “In this day and age, being alive is being successful.”

A few people around him chuckled mildly. “Well,” piped a young woman near the front, “shouldn’t we get going?”


“It’s always the young ones that want ‘a get going.” Ernest leaned back in his seat. “I could sit here all night.”


The trolley, without driver, lurched into motion.
* * *


The passengers settled in their seats. From the trolley radio swelled trumpets and saxophones, and tinkled off. . .

“Ernest!” snapped the woman beside him. “The man’s hardly been on here for a few minutes and you’re already asking his life story!” She paused. “And God, we haven’t even introduced ourselves either. I’m Hattie.” She gestured grimly at Ernest. “And this insensitive fellow is Ernest.”


I laughed. These people, of all kinds, were certainly the best to ride a trolley with. “I’m Cal. Nice to meet you.”


“It is.” Hattie tapped her fingers on the seat in front of her. They all sat in contemplation for a moment, letting the trumpets blow their breath into the air in golden tones.


“Where are we going, then?” I asked her, or Ernest, or the two women in front of me.
Hattie said simply, “Everywhere.”
That made Ernest laugh. “Ah, don’t be so cryptic! None of us are really sure. It hasta do with the Guilt. We’ve got ‘a go back an’ fix it. At least that’s what we think.”
“And I don’t mind talking about my guilt.” I looked back at Ernest. “I was--”
“Mm,” he said, “not too guilty to talk.” He looked sharply at Hattie. “See? I wasn’t bein’ too brash.”
“-- not guilty about something I’ve done. More for being born and taking up space and making problems. Things like that.”
“Ah,” said Ernest. “Hm.”
“I was an artist, too, or trying to be, but I gave up.”
“Sad,” said Ernest. “So sad. The whole dang world’s sad these days, an’ all the fault of the Guilt.” He closed his eyes and shook his head. “I,” he said, “I was successful! Like no one else, too, an’ it was great. Business was boomin’ like never before. But my kids. . .” His eyes watered. “I was mean ‘a them. Then one ran away and got ‘imself killed, an’ the other moved somewhere far away. . .” He collected himself. “I’m gon’ have to be on this trolley for a long while.”
The trolley stalled for a moment, somewhere in a neighborhood with houses lines up in neat little rows as if they were toys of a child. After a minute, the doors folded open in a hiss, and in stepped a woman maybe 25 years of age. She hurried down the aisle, cradling a tiny infant, and sat behind me. I was sure I knew this woman from somewhere. Her face was awfully familiar, but I couldn’t place where I had seen here before.
Hattie, from across the aisle, remarked, “What a beautiful baby!”
“Oh. Thank you. I wouldn’t have brought him, but I couldn’t leave him at home with no one to watch him.” She didn’t seem interested in conversation, but Hattie must have thought otherwise because she kept talking.
“What’s your name?” she asked.
“Jacqueline.” And before Hattie could ask about the baby, she gestured to him. “And this is Aramis.”
“A pretty name.”

Then I remembered- the woman who I had asked about the whereabouts of a motel. I turned around. “I met you yesterday!” I exclaimed.

She looked awfully scared, sitting there with Aramis. “No, no,” I assured her. “Only briefly, on the street. I asked you about a motel. . .”

“I’m sorry, I don’t seem to remember that.” She must have been busy.

I shrugged, and Hattie cut in. “You know this is the guilt trolley, Jacqueline?”

She looked more scared, now. “No, not specifically. Only that I needed to be on it.”

They sat in silence for a few seconds before Hattie started up once more, addressing me. “I haven’t told you my story, though its linked to Ernest’s. It was a disaster, you know. The older, you get, the more guilt. At least for me. More time to feel guilty, if you know what I mean.” She shuffled her feet in guilt, or nervousness, or discomfort. “You can never give enough to your children. Then when they’re gone, there’s the “I should have”, over and over, with no way to get rid of it or stall it because you can never go back and change anything. And I was so tired, the whole time, never enough energy to keep up with their wants.” She shuddered.

Jacqueline cried, “That’s why I’m here!” Then, her voice more subdued: “I never have enough time to spend with Otto, my four-year-old, and now I’ve got Aramis.”

But I didn’t have more time to spend with them. The doors swished apart, and Ernest awoke. I had not known he was sleeping, but he called over, “Ah, asleep! I should’ve been paying more attention. It’s your stop, Cal.”

“Mine!” I grinned over at him, in his old clothes and wrinkled face. I stood, and addressed them. “Ernest.” I looked him in the eye. “Hattie, and Jacqueline.”

I left the trolley, one, two, three steps down to the silky-smooth sand stretching for miles in this desert-land, far from the city. In the distance, I could see distant buildings sleeping low in the dust, new opportunities wrapped in sandy-brown packages.

And the trolley rumbled off, taking the Guilt far into the sunrise to places everywhere where it would be lost. 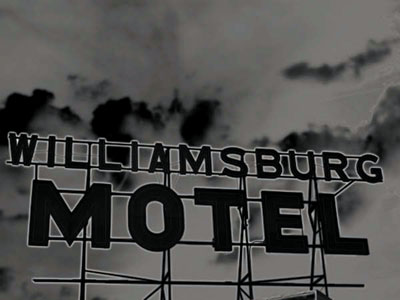 The author's comments:
Last night, my sister asked my mother, "out of the blue", (Please excuse the cliché. I only included it for its metaphorical meaning of the color "blue".) "What's the worst mistake you've ever made?" My mother only asked the same question back to my sister, and I commented that we were all riding on "a guilt bus" talking like that. Thus, from 1,550 words, the story was born, of a trolley that seeks people basting in guilt and leaves them where they need resolve it.
Post a comment
Submit your own