Lupin stared at his paws, all his pack mates found the ones they loved and some even had puppies. He hated being lonely but he had to face it with bravery, for he was meant to take over as pack leader when his dad, Shaw, died, and his mom, Accalia, the luna died.

“How come I’m the only one without a mate?” he asked his mom.

“Because you haven’t found the right one yet but when you do never let her go,” she replied.

He sighed, why did he even bother, he would never get a straightforward answer from either of his parents.

Davina stood over the cow she just drained, unlike the rest of her clan she hated killing humans for blood so she used animal blood. She wished for someone to support her, her parents were ashamed one second and supportive the next, it depended on their mood. Then she saw a wolf, her family had told her to be careful and make sure it wasn’t a werewolf but she felt a strange feeling. She came out of the shadows.

“Hey…” she said quietly and he turned.

At first, he growled telling her that maybe her parents were right but before she ran his eyes softened and he changed.

“Hi Lupin, my name is Davina,” she said with a smile but it faded.

He soon snapped out of the spell he was in and realized if his parents saw him he would be dead and he looked around.

“I have to go, if my parents see me they’ll kill me,” he said and her smile faded.

“Oh, okay,” she turned to walk away and he thought he should do the same but the look on her face made his heart melt.

“Now hold on there, why don’t we talk for a while?” he said quickly.

She turned around with a smile. They talked all night and when the sun began to rise he knew it was time to go before both their parents realized they were gone.

“I have to go, tomorrow?” Lupin asked and she nodded.

Davina woke to a full moon and she woke quickly and went to get breakfast, maybe a deer today, and went to their meeting spot.

“Boo!” she teased followed by a chuckle.

“You think you're going to get away with that,” he said and started tickling her.

She laughed like no one else, it was beautiful, he loved her and would always love her but how could he hide this? He had to, for her.

He was now in wolf form and she was resting on him and they looked at the moon then he let out a howl, and she laughed that beautiful laugh.

“Davina, I know we just met but,” he started.

“I love you!” they said in unison and he put his head to hers and they stayed like that until the sun began to rise.

It has been a month since Lupin met Davina and Lupin woke in a haste, he got out of his den and went to get breakfast for himself and his new mate. They had gotten together a couple of weeks after they met and his parents were confused why he was so happy and rushing out every night but they left it be.

“Hey Lupin!” she said as she rushed to him.

They hugged each other for what seemed like forever to others but only a second for them, they loved one another deeply and wanted nothing but the best for each other. He knew his parents were getting suspicious because who wouldn't? He was sleeping all day and staying up all night.

“Promise me something,” he said as he looked into her beautiful deep blue eyes, “That you’ll never leave me and that if they catch us, you won’t put your life at risk.”

“Of course, I could never leave you but I can’t promise anything for the other thing, sorry,” she said with a smile.

It had been a year and Davina had no idea how to tell Lupin the big news, he was going to have a happiness overload.

“Lupin, I have something to tell you, no. Lupin, guess what! Not that either,” she said.

“Not what either darling,” Blake, her dad, said.

She barely sneaked away from her parents to go see Lupin but she still had no idea how to tell him the big news.

“Lupin, I have to say something,” she removed her cloak and revealed a round belly.

“Your, your… Pregnant!” Lupin yelled and came closer hugging her carefully and talking to the baby.

Nine months later she had the baby and Lupin was the happiest wolfman alive but Davina wished she could share the excitement without the fear of how to tell her parents.

“Where did that little guy come from?” her dad asked and her mother added, “And why is he so hairy?”

“Because he is special and there is nothing wrong with being different!” she shouted defensively.

“Easy there, we didn’t mean anything by it,” her mom soothed.

They named him Javan but both of Davina’s parents grew more suspicious as he grew older and older. Just as Davina and Javan were leaving for the night her parents stopped her.

“Sweetheart, we’re worried that your son may not be a vampire,” her dad said.

He pointed to Javan who was now howling at the moon and her mom added, “That and he has hair all over, once he snarled at me!” she exclaimed.

“Well, I’m hungry and I’m sure that Javan is too,” she tried to sneak away but they stopped her.

“And that, he never eats with us!” her dad yelled.

She ran and grabbed Javan as she went by and ran to their meeting place, lucky for her, Lupin was already there.

“Lupin we have a problem, my parents know something is up, and…” she began but was interrupted.

“So you have been hiding something! Vampires! Look at my daughter, with a… Werewolf!” Blake said and pointed.

Lupin and Davina stared at each other, they knew they had to do something, they had a child to protect.

“I’ll handle this,” Lupin whispered, “Shame us all you want but we love each other and that should be it. All that matters is we found love.”

They held hands and the vampires called the attack and Lupin knew what he had to do.

“Take Javan and get out of here,” he ordered but she hesitated and he ordered loud and clear, “Go!”

She ran while Lupin stayed and held them off then the other werewolves arrived and this meant war so she didn’t stop running until she was far away from home.

“No one ever saw Davina or Javan again, they had dropped off the face of the earth but many vampires and werewolves still tell the story to younger ones about how Lupin gave his love to a vampire and how he saved her. But it also says to us that love is a powerful force and to let it guide you.” Blake finished his story.

All the kids stared wide-eyed. Blake learned a valuable lesson that day, when his daughter disappeared he learned that you must let love play its course and if it’s true love, then you have love rights, no matter the creature. 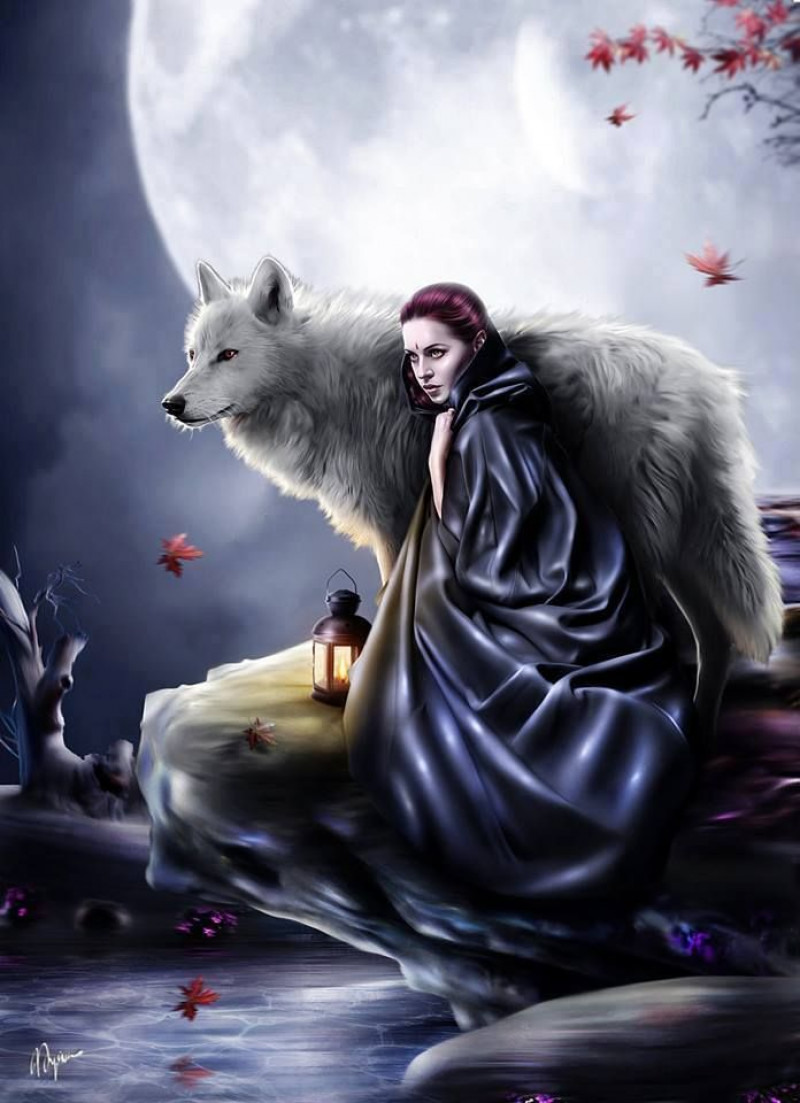 Vampires and werewolves, sworn enemies all except for Lupin and Alma. They’re in love but it’s against the rules so what do they do when they are confronted, will one die for the other? Or will they both go out fighting for their right to love? This is an independent piece. Comment and tell me how you liked it!

View profile
fyi if ur a potterhead- i tried to warn her it would sound like a fanfic but without tonks
WolvesRain ELITE said...
on Jun. 4 2021 at 9:17 am
WolvesRain ELITE, Walton, Kentucky
106 articles 1 photo 182 comments

View profile
This is beyond a doubt the weirdest love story I ever heard.