Blandly Ever After | Teen Ink

Atoms are little things. They are so little in fact that they are too small to be split any smaller and invisible to the human eye. It is hard to imagine, but as big as a football field would be to a marble on the fifty-yard line is as big as this miniscule atom would seem to its nucleus. Now imagine that even smaller objects were in that nucleus. Not just one, but also multiple small things are in that nucleus. Mind boggling, I know, but in one of these atoms is where our story begins.

Penny was a proton, the atom’s equivalent of a human female. She was happy and bubbly and loved life in the city of Nucleus, even though she knew she could never get out and explore the unknown land outside of the city walls. Out of the 20 neutrons, or guys, one caught her eye. His name was Charles and he was a looker. Yes, Charles was extremely handsome, but also extremely boring and uncaring. He was never happy and never sad, just completely neutral. Penny, the positive girl that she was, strongly and wrongly believed that there was more to him than just that and loved him anyway.

Charles was super cute and super bland, but he was a little blander than you may have realized. So bland actually, that all he ever said was ‘I guess’ because he truthfully didn’t care about anyone or anything in the slightest. Because of this, when Penny got up the nerve to ask him out, he replied with ‘I guess’ and she was ecstatic! She spent hours trying on outfit after outfit, trying to figure out what to wear. As soon as she settled, Charles rang her doorbell.

“Do I look alright?” she asked, twirling around so he could see.

“ I guess.” He replied typically. Penny frowned but shrugged it off. She really did try to see the best in people.

“I guess.” Charles replied indifferently. Penny clapped her hands in excitement.
So the evening went, Penny chattering excitedly and Charles replying with his usual term. Oddly, she had a wonderful time and despite Charles’s inept mind and his dull conversations, somehow, she loved Charles even more. Yeah, she was pretty much an airhead.
They dated on and off for about a year and Penny’s microscopic heart just about burst with adoration for who could very possibly be the most boring organism on the entire planet. She wanted nothing more than to be the wife of this neutron who clearly couldn’t care less about her, but of course, he never asked.
Determined to find a solution to this problem, she drove to the city wall where a wise electron was said to live on the other side. She knocked against the brick.
“Hello??? Is anyone there?” she placed her tiny ear that was invisible to even the strongest microscope known to man against the wall.
“I’m here… sadly.” Replied a deep, melancholy voice. “I’m always here.” The voice let out a long sigh.
“Oh! How delightful!” exclaimed Penny “But I came to ask for advice.”
“I’m listening… it’s not like I have a choice. I can’t go anywhere and I can’t plug my ears because I haven’t got any hands.”
“YAY!!!!” Penny jumped up and down for a moment. Once she got a hold of herself, she told the whole story about Charles, his small vocabulary and how he wouldn’t ask her to marry him.
“Why don’t you ask him?” moaned the voice.
“I’m afraid he’d say no!” answered Penny. The voice on the other side went silent and then let out a long breath.
“I’ll bet you a million dollars that he’ll say I guess, my annoyingly optimistic acquaintance. I would call you friend, but I haven’t got any. I hate my life.”
“THAT’S NICE!” yelled Penny, who was already in her car and driving away. “YOU KNOW, YOU REALLY SHOULDN”T BE SO NEGATIVE!!!!”
When Penny got home, she asked Charles to marry her and now she owes a certain electron a large sum of money.
In May, they were married. Penny with an ‘I do’ and Charles with an ‘I guess’. All I can say is from that moment on, they carried out there lives. There is no happy ending but I can guarantee this; they both lived blandly ever after. 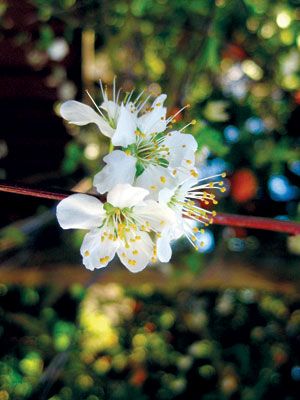 The author's comments:
Not my best piece but I wrote it for science class as a paper on atoms. (Very scientific, I know). Before the teacher could grade it, he got fired. So I thought I'd share this with everyone. And remember- this is a science class paper. Enjoy!
Post a comment
Submit your own