After I had been home for a few hours, I couldn’t stand the silence any longer. It was driving me completely insane, and I seriously did not need any more insanity in my life right now.

That was when I heard a knock on the door.

I was sprawled out on the ugly couch and wasn’t expecting any visitors. I slowly got up, and made my way leisurely over to the front door. When I opened it, I should have been surprised, but I knew I wasn’t, and apparently so did Jay. He must have known that I needed some company.

“Want to go for a walk?” he asked with a grin on his beautiful face. His left cheek was still slightly bruised from the Incident, but even so, Jay was the most remarkable sight I had ever laid my eyes on.

I looked past him out onto the street and a slight breeze stung my cheeks. Wow. It must have been, at most, forty degrees out there. I never really got used to the Michigan cold the way everyone else did up north, so forty degrees in Florida was not only rare, but it also felt like negative ten to me. Jay was bundled up in a modest coat, while I was wearing a t-shirt and sweat pants.

Jay must have seen my face and the shiver that ran down my entire body, because he smiled softly and said, “C’mon, I’ll hold you.” I laughed quietly. Like I was not going to go, now that he had said that.

But I was certainly going to freeze to death, Jay’s arms for warmth or not, so I grabbed a light jacket off the nearby coat rack as I stepped briskly onto the porch. I had no shoes, and nothing more than a light layer of clothing, but I didn’t care. Every chance I got to spend with him canceled out whatever was happening on the outside.

We held hands, walking down the steps and towards the sidewalk. His hand fit perfectly with mine and the growing warmth between us emanated from that point of contact.

The streetlamps glowed beautifully around us. The sidewalk ahead seemed to lead into the starry blackness of night fashioning a perfect atmosphere for this tender and vulnerable moment. It seemed as though the world knew we were there, and was waiting for us on the other side.

I knew Jay wouldn’t bring up anything about the Incident, especially anything concerning Sam or the injuries he caused me. He wouldn’t bring up the fact that he thought he was responsible for causing me that pain, which wasn’t true. I could stick up for myself, and Jay just wanted to protect me. He thought he failed. I knew he did what he could have done.

We both seemed to share these thoughts, because they would in fact never be brought up. We just mutually understood that the Incident was not to be discussed. Worse things had happened to me, but I don’t know if Jay would ever forgive himself for that night. No matter how many times I said it wasn’t his fault, and wasn’t his battle, he wouldn’t listen. He had some reassurance, but never one hundred percent. What could you do but move on?

“Do you ever think about what your life could have been like if you chose a different path?” He surprised me with his question.

“Are we speaking about the life we’re living or someone else’s?” I replied quizzically.

“We’re speaking about you and me.”

“So, are you wondering what your life would be like right now if you and I had never met?”

“Yeah. Do you ever lie in bed at night wondering aloud to yourself what could have been?”

“I try not to. I try not to think of the world and my life in “could have been” ways. You can’t change some parts of your life. Torturing yourself with questions of the past is no way to change your present, or your future.”

“I never understood how you managed everything. Now I know.” He shrugged.

“What do you mean?” He was asking the most interesting, yet bizarre questions. What was he getting at? We continued walking at an unhurried pace down the sidewalk as Jay continued.

“I know now how you manage all of your thoughts. When you moved here, yes, you were p***ed, but you moved on. When you embarrassed yourself, you didn’t dwindle on the negative things, but instead you put it behind you. And when you met me, you made me work for your heart. And when I finally got it, you never let go. You don’t know how much I admire you, Amy.” We had stopped now, and Jay was facing me, shaking his head but looking into the depths of my eyes.

“I just don’t know how you did all of those things,” he finished.

I didn’t know what to say to him. His honesty took the breath out of my lungs.

“Well,” I managed, “what you don’t know, is that I could do all of those things because you were my everything. You were one of the few people here who didn’t automatically write me off. Without you, I wouldn’t have the confidence I do now. Additionally, I wouldn’t have had to make a hospital visit,” he cringed slightly when I said this, “but I wouldn’t have you either, and believe me, I would take all the blows to the face if I could only be with you.”

He seemed relieved to hear my carefully chosen words, and smiled back at me. We started walking again.

“And what I was getting at before, about if you thought you had chosen the right path with me, I just wanted to know if you felt the way I did. I guess you answered my question then,” he laughed.

“I guess I did,” joining in his moment of laughter.


Twenty minutes later and we were back at my house. Walking up the driveway, Jay put his arm around me and kissed the top of my head softly. His touch felt like being in a cloud. A soft, velvety smooth, perfect cloud.

He released his hold on my hand and walked up to the porch where a boom box was sitting. Jay bent down, turning the knob and adjusting the radio station.

“You know, it’s Christmas Eve and I didn’t get you a gift,” he said, turning towards me as I waited at the top of the driveway. What was he up to?

“I don’t mind, Jay. Because I didn’t get you anything either,” I replied with a chuckle. The truth was, I didn’t even think about presents at all, or Christmas, for that matter. The last week or two had been just so hectic; I hadn’t even looked at the date on the calendar.

“Well, that is perfectly alright. Because I have something better than any pricy store at the mall could have, anyway.” He settled on one radio station and came back over to where I was patiently standing.

“Care to dance?” he asked. I giggled quietly. Was he serious?

“Hey,” he said, mocking a stern voice, “we could be dancing to Rudolf the Red-Nosed Reindeer.”

He gently took my hand and we started to slowly dance. But I could NOT keep a straight face.

Rocking around, the Christmas tree... The song went on.

“Ok, we cannot keep this up if you are going to crack up during what is supposed to be a very heartwarming moment, missy.” We were both laughing now.

“I think it’s contagious,” Jay chuckled, after he heard a few more lyrics and joined me in the laughing fit.

“Alright fine,” he continued, releasing my hand, “I’ll change it to something more appropriate.”

“Thank you so much,” I managed between laughs.

A slow, melodious tune came from the speakers.

“Perfect,” I said, calming down.

“We’ll see, since that was what you said before my first song choice.”

He grinned ear to ear. I joined him.

Jay gripped my right hand, and I reached up around his shoulder to place my left one on the back of his neck. His right hand rested lightly on my waist. In reality, it was forty degrees, but it could have been ninety with the warmth I was feeling then. His neck was warm as I laid my head on his shoulder, and my cheek against his.

He led our slow dance as we moved gracefully back and forth and side to side in perfect harmony with each other.

“Perfect,” he mumbled into my ear, as soft as could be.

I must have been deep in thought, because when returning back to reality, the music had stopped. I opened up my shut eyes and looked at the boom box. It had run out of battery.

I smiled. Like that mattered in the least. I don’t know if Jay had even noticed.

I felt Jay’s chest breathing in and out against mine. Everything around us was a peaceful quiet. I lifted my head off of his shoulder so I could see his face. He opened his eyes and smiled at me. Our faces were so close together that our foreheads were touching now. He closed his sparkling eyes again and I did the same. We had identical smiles on our faces. Jay and I both knew that this moment was forever ours.

Opening our eyes once more, he let my hand drop and reached up to stroke my cheek. Jay leaned into my ear so that his soft lips brushed it softly. He whispered tenderly, only the way that Jay Fielder could, and said, “I love you Amy.”

My smile grew wider as he leaned in closer. Then, as his soft, warm lips touched mine, his watch beeped, signaling it was twelve o’clock, and a new day began all around us. And at that very moment, the only words that were running through my head were, “Merry Christmas Jay, and, oh yeah, I think I love you too.” 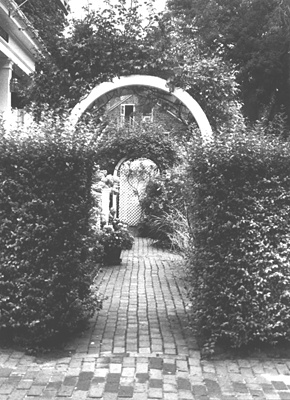 The author's comments:
This piece is actually the last few pages of the book I'm working on. Please rate and comment :) Thanks.
Post a comment
Submit your own

Favorite Quote:
im the author of my life, unfortunately im writing in pen therefore i can't erase nothing about it.-by some crazy friend of mine

i like it a lot
the-ampersand PLATINUM said...
on Mar. 22 2010 at 9:07 am
the-ampersand PLATINUM, Ogdensbury, New York
32 articles 1 photo 106 comments
View profile
the laughing bits were a bit weird feeling for me, because i couldnt quite join in the supposed laughter but i wasnt all serious either. i like it a lot-- you'll be posting the whole book up soon?? pretty brilliant. =.=