Alyssa
PERFECT! I thought to myself, holding my mock-sympathetic expression as the red-head jogged after the blonde Goth-girl. I pretended to eat my scarlet red apple so that I could allow myself a small, wicked smile. Ever since I had seen Tony Devito step into the cafeteria, I had one goal in mind; get him, get him in bed, get a reputation, and get popular in snap. There was a problem though, I had noticed right away; although Tony was incredibly gorgeous and had tons of friends, he was MISERABLE. And I’m talking like “I-don’t-have-stiletto-heels-to-wear-to-the-gala” depressed. I grilled Dana, of course, played the part of the sweet and beautiful new girl who wanted to get to know everyone and Dana, being the naive child she obviously was, totally bought it. She gave the blonde-hottie a name; Tony. And a girlfriend; The blonde Goth-chick. Summer Johnson. UGH! I put down my apple, no longer smiling. If he was dating the red head, I would TOTALLY see the connection. The read head was pretty; but she had such a STUPID name (Lucille? Luna? I can’t remember) and she obviously couldn’t keep a guy. I’ve had her boyfriend Rob drooling all over me since homeroom. But Summer? PUH-LEASE! She was dressed in all-black and her hair was completely un-brushed; she had no tan despite the beautiful summer days that had just ended, her face had no expression except when she had run off sobbing and the only jewelry on her was a cheap silver shamrock and heart necklace. WHAT did that gorgeous, blonde GOD see in her???? On the other hand, I thought as I stood up the throw away the empty plastic bowl my salad had been in, obviously they were having major relationship issues. My smile returned as a new thought came to me. I was super gorgeous and totally perfect for any guy and my competion is a badly-dressed Goth girl. I’d be shocked if we weren’t dating within the week. I did a quick-regloss in my compact mirror before strutting over to the table with all the gossip. I’d be there to sympathize and get all the details that would set my plan into action. I sat in the last empty seat, right next to a girl-version of Tony who was telling the story of Tony Devito and Summer Johnson’s summer romance. I put back on a mournful and caring expression.
It may have been a summer romance of the decade, But I had always been a winter girl. And just like the seasons, it was high time we all said
Goodbye, Summer. 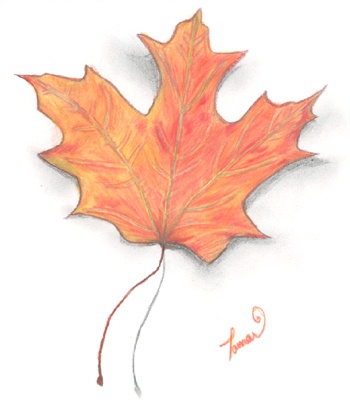 The author's comments:
Don't underestimate dumb-blondes. If theres anything to get from this chapter it's that. I just had a quick question for all my readers (ahhh! I HAVE READERS!!!) who's your favorite character and why? Enjoy and comment please!!!
Post a comment
Submit your own

View profile
I'm glad you're both enjoying it! I'm so sorry I haven't written; but I was grounded for a couple of months and then I got my computer back but had some issues...I just submitted a few more chapters; hopefully they'll be up soon!
Drama_Queen13 DIAMOND said...
on Jun. 1 2010 at 12:21 pm
Drama_Queen13 DIAMOND, Nantucket, Massachusetts
51 articles 0 photos 108 comments

Favorite Quote:
"The greatest thing you will ever learn is to love and be loved in return" - Moulin Rouge!

Favorite Quote:
I always write a good first line, but I have trouble in writing the others.