A Time For Lies Prologue

There’s something about summer. Whether it’s the thought of summer, that one time of year where you are free from teachers and homework. The late nights and even later mornings, and the seemingly unlimited amount of free time to do as you please.
Or whenever you looked back on those events, just give them a glance, they seemed to be pure bliss. They are like an unshared secret that only you have the key to.
Summertime is great.
If something is classified under the summer season, it automatically has this glaze. This glaze of awesome. Then really think back to a summertime event, just one, and it’s easier to pick off that glaze because when you single that event out, it probably wasn’t at that level of awesome that your brain has tricked you into thinking it was.
Don’t get me wrong, there isn’t anything wrong with that glaze, really. It can make those few ordinary weeks seem…magical. Maybe it’s just that break form the ordinary, I don’t know. But my summer had that special glaze, and there’s no doubt that every time I can think of from this summer lived up to it.
No doubt.


It was the second time this year I’d been standing in this airport. It was dread filtering the air this time instead of that great bittersweet happiness.
“Angie!” He came sprinting toward me. Jaxen Phelps, technically still my boyfriend.
“It’s not Angie.” I said pressing my palms against his chest as he reached down to kiss me, I didn’t let him. “My name is Blair.” His constantly calling me Angie just all the sudden snapped a nerve. I don’t know why though. Thinking about it, I doubt Jaxen even remembered that my name was Blair.
“Angie, Angie Star, what’s wrong?” The name had come from a facebook quiz. It said my perfect nickname would be Angie Star, Jaxen got a kick out of it.
“My name is,” I turned my head to the side as he tried to kiss me again. “Blair, Blair Cavanaugh. It was funny before, but I just, I just don’t really like it anymore.”
“What happened to you this summer?” He looked at me like I’d grown a third leg. “No. Wait, how was your summer?” The caring boyfriend act. I would’ve fallen for it before, but not now, I knew better.
“My summer was,” What word could possibly fell that space and do the question justice?
I had prepped and prepared for this moment for a while. Now that it was finally here, I couldn’t do it. How was I ever going to do this to him? But, I knew what he and I had, it wasn’t love. Not real love anyway. And, it wouldn’t be fair. Not to Jaxen.
“Jaxen,” I looked up at him nervously, “We need to talk.”
“Just wait until after lunch, Honey.”
“No.” If I had been the old me, I might’ve just agreed and went on; but I was tired of doing what everyone else wanted me to do. “Now. We talk now.”
Jaxen looked down at me, surprised. He wasn’t used to that, neither was I. But in all honesty, I wasn’t surprised I made that move, it just wasn’t me. Correction, it just wasn’t the old me. And it all started from summer. This summer had been great. 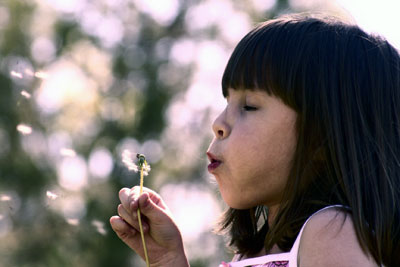 The author's comments:
This is the prologue to another story I am writing called: A Time For Lies
Post a comment
Submit your own

View profile
Please, please, please continue! (: I wish you would! I really like this and this is definitely the kind of piece I could read through ravenously. (Did that even make sense?) Great job! The "glaze" was an interesting way to put it...And very true. You are very talented! I'm off to read some of your other stuff!
taylorf463 GOLD said...
on Aug. 4 2010 at 9:23 pm
taylorf463 GOLD, Marion, Kentucky
13 articles 0 photos 152 comments

View profile
Great legs for a story to stand on.  I love how you start the story with your character transforming instead of having her develop halfway through.  The was you start this is amazing, too, I love my glaze.  Gonna go for the next part now!
taylorf463 GOLD said...
on Jul. 28 2010 at 8:21 pm
taylorf463 GOLD, Marion, Kentucky
13 articles 0 photos 152 comments

Favorite Quote:
"When we were yonger, we used to think dandelions were flowers, it's not until we grew up that we begun calling them flowers. Dandelions never changed. Our standards did."

Favorite Quote:
From Thomas the Rhymer:
"O see ye not that narrow road,
So thick beset with thorns and briers?
That is the path of righteousness,
Tho after it but few enquires."

View profile
I liked your "glaze of awesomeness", very clever. A nice description of your typical no-substance relationship. You seem to really like summertime. x) This is a good piece, please continue.
Robsessed PLATINUM said...
on Jun. 29 2010 at 2:05 am
Robsessed PLATINUM, McKinney, Texas
23 articles 1 photo 199 comments

Favorite Quote:
"I may be changed by what happens to me, but I refuse to be reduced by it." - Maya Angelou

"Did you know 'I told you so' has a brother, Jacob?" she asked cutting me off. "His name is 'Shut the hell up.'" - Bella Swan, Breaking Dawn

View profile
ooooo, this sounds like it will be good. this piece is written much better, grammatically, than the A Summer to Die for chapters. apply this style of writing to future chapters of that story. anyway, i can't wait to read more of this.
--LoveHappens-- said...
on Jun. 28 2010 at 1:00 pm
--LoveHappens--, Fairfield, Connecticut
0 articles 0 photos 342 comments

View profile
wow you have a real talent that was incredible I loved it the whole idea of it is great and I LOVE how you said the "glaze of summer" that is such a perfect way to describe it. I would love to read more please check out my work thanks
MayaElyashiv PLATINUM said...
on Jun. 28 2010 at 11:18 am
MayaElyashiv PLATINUM, Ramat Hasharon, Other
37 articles 4 photos 193 comments
View profile

The beginning (first two paragraphs) was written in a way that was slightly confusing, but this is a great start!

Another thing: It's really helpful if after a person stops speaking you leave a blank line, especially because TeenInk's font isn't the easiest to read (at least for me)

Favorite Quote:
"Not all who wander are lost"
JRR Tolkien

"Sometimes life sucks, so suck it up"
-ME

""We succeeded in taking that picture (from deep space), and if you look a it, you see a dot. Thats here. That's home. Thats us. On it, everyone you ever heard of

I REALLY LIKED THIS. IT WAS COOL AND YOUR OWN, WILL YOU POST THE REST?

WILL YOU CHECK OUT SOME OF MY WORK, PLEASE. THANKS!

Lovin' the Prolouge! When do i get to read some of the story?! Haha, this really was great, and i cant wait for more!! Keep writing!