The past two weeks had been terrible. My mom had been home about three nights the whole time. I had convinced Poppy to let me work everyday for the past two weeks. I’d considered telling her some fake lie like, “I need money. My family, we’re struggling.” But, it was Poppy, and I’d blow it by showing off something new that money had bought. Like a new Coach purse. So I told her that I couldn’t stand to be alone at my house all day. I couldn’t stand to be around my Mom. Poppy understood.
I’d ended up working fifty-six hours a week for the past two weeks. 9 am-7pm on Monday, Tuesday, Thursday, and Friday. 9am-1pm on Wednesday and 9am-9pm on Saturday. This left me little free time, but that was how I liked it.
All the tourists whose biggest problem was to buy the low-rise jeans or the bootleg fit. I wish I worried about things like that. Life was so freaking unfair. Poppy told me that Blair was going to be back from vacation this week so my hours went way down. Blair Cavanaugh worked here with me. She was very nice but I knew she didn’t like me very much. She was just too nice. I saw how she acted around Jenni Stevens her best friend, it wasn’t the same. She had that same detached kindness of people in politics. Now that I think about that, her and her boyfriend, Chris Johnson really went together well. His Dad was in politics, no doubt he would be too. They were the perfect, little, happy couple. They would have two perfect kids and live in the perfect house. There was no justice in the world, none.
It was after noon on a Tuesday, but for some reason the sore was deserted. One lone girl was browsing the shirts.
“Hey.”
“Oh, hey.” I looked at the clock and realized it was 2 pm already. My time to leave and Blair’s time to come.
“Trying to get some overtime?” She laughed. “Like you didn’t get enough while I was in the Bahamas with Chris.”
“You know it.” I laughed, too. It was a fake laugh though. Nowadays, they all seemed to be.
“How many hours did you work a week? Fifty? Sixty?” She was serious again.
“It was about fifty-six.”
“Does you Mom not mind?” She knew it was just me and my mom, everyone does. Another reason I didn’t really have that many friends was because it really wasn’t anyone else’s business about my family life. You deal with your stuff and leave me to mine. I’ll talk clothes and shoes with you, but it’ll stop there.
“No. My mother thinks that me working for you while you were gone was a nice thing to do. She says working will prepare me for the real world.” I shrugged as if she had actually told me this and I was laughing at how stupid it sounded. I wish she would tell me something like that. Care, just a little bit. “The more cash I make, the less I ask her for.” This caused us to laugh. I never asked her for money. I was an adult. I cooked for myself, I bought my clothes, I paid for gas and insurance. I lived under a house entitled to her name, but that was all.
The customer had reached the register and was waiting to pay for her bracelet. “You go on and get settled, Blair, I’ll ring her up.”
“Okay. I’ll be right back!” She ran off into the employee lounge.
“Six cents in your change.” I tore off the receipt and handed her all pennies back. “Have a nice day!” It wasn’t like she’d need the receipt anyway. They bracelet cost two dollars and forty-four cents. I would be embarrassed to come in and ask for a return for that small of an amount.
Blair was back. I left to go get my stuff. When I got back, she was straightening and organizing the money drawer. OCD much? I was by no means in a rush to get home, so I decided to be friendly and ask about her trip.
“So how was it?”
“Oh! Melissa! It was amazing! The water was a brilliant shad of blue. I mean just so pretty. The sand was as white as paper and soft to walk on…” She kept talking but I wasn’t listening. Going to the Bahamas would be fun.
“You know what I mean, right?”
“Oh definitely.” I told Blair. Whatever she was talking about.
We talked until about 4 o’clock when a crowd came in so I let her go off to do her job.
It was 4 o’clock, what was I supposed to do for the rest of the day?


Turns out there was a Hills marathon on, so I was safe until about 1 am when it stopped for the day. Over the past year I’d developed mild insomnia. Some nights, most nights, it didn’t effect me. Others, like now, I couldn’t go to sleep if I was sedated.
As I went to get a sleeping pill from my purse, my mom didn’t know I had them--wow, something else she didn’t know--I saw the key. It was the key to that lake house. I threw the bottle in my purse, grabbed the key and added it to my key chain. I wrote LAKE HOUSE on it in big letters.
Before I knew it, I was ringing the doorbell just to make sure no one was home. After a short wait, I slid the key into the lock and went in. It was the some peaceful haven it had been two weeks ago. I had a feeling this place was going to become a home away from home. I locked the door back and fell onto the couch, it was television time. Something about watching television here, just made it seem better. About halfway through my third episode of 16 and Pregnant, I could call all the girls by name and determine which I liked and which I didn’t.
What was that? I turned the TV off quickly. Was that a key in the front door lock? No! I’d left my car in plain sight right in the driveway. How much more stupid could I be? I dropped the remote and when I went to stand my belt caught in the couch. I thought things like this only happened in movies! Not in real life, real people didn’t get caught by their belts, or trip in the forest while running from a killer. I wasn’t in a forest, but this wasn’t supposed to be happening. I jerked up a few more times trying to get loose or at least break my belt as someone clearly struggled to get the door open. I yanked and pulled, but to no avail.
Then I heard the distinct sound of a knob turning. I was so busted. 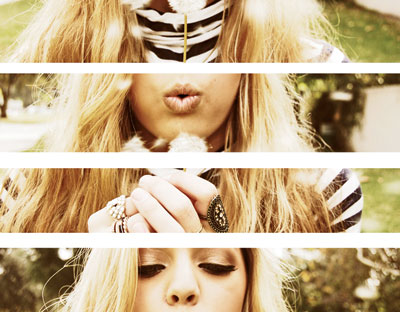 The author's comments:
This is pt. 2 of chapter one! Like I said before, if you didn't see. This story was inspired by the story titled 'The House in the Lake.' Go read it, too!!! :)
Post a comment
Submit your own

View profile
As you read, you'll think you know where it's going, but then something unexpected happens. I'm going to try and write a back-cover-info thingy for this story. That would be cool if it was a movie. haha lol! :)
Lonleydandy said...
on Aug. 15 2010 at 8:25 am
I do really like it, and depending on how it continues, I can kind of picture it being a movie or something like that.....I don't know what it reminds me of, but it does!
taylorf463 GOLD said...
on Aug. 14 2010 at 9:45 pm
taylorf463 GOLD, Marion, Kentucky
13 articles 0 photos 152 comments