B4 My Life Ended | Teen Ink

B4 My Life Ended

The downfall of my existence

It shoves it in our faces: “You’re old so give up already!”

This is supposed to be the highlight of my day?

All we do is sit around in this stupid nursing home!

Why can’t we have one activity that at least lets us do something? Instead of sitting around waiting to die!

The noise, and yes it is only noise, sounds throughout the hall. It’s a nasally voice that sounds bored but defiantly more excited than I am. Well to the announcer’s credit Eeyore could be more excited than me. I think the voice is male. It sounds male but then again looking at the announcer it’s hard to tell. His/her voice sounds through the hall screaming his/her nasally tone, “B4. B4. B4…”


Yah I remember before…

Skin the color of pure ivory. Beautiful blond hair that flowed half way down to her waist and eyes the color of the sky at high noon, when it is clear and blue. Those eyes shimmered like the summer sun. I would spend days looking into those eyes and trying to find out their mysteries.

She was sixteen. We were both sixteen. Young and foolish.

Every second we could get away from our parents, we took with pleasure. We would walk into the woods, listen to the birds sing and talk about everything. How our day went. How the math teacher is absolutely crazy for giving us a page of homework each night.

And we talked about us. How pretty she looked outside of the harsh florescent lights of the school. How shocked my friends were when they found out about us. How our parents would never let us be together.


It was more her parents than mine, I suppose. My parents were fine, just as long as she didn’t become pregnant with my child. Her parents…were another story entirely. They believed males below the age of twenty to be the root of all evil. And they treated every single one of them accordingly.

I think they thought if she wouldn’t sleep with me, I would take advantage of her. I think…I don’t know though. To her parents, dating was out of the question for her.

We would run into those woods and talk about how we would run away from all of this. How we would leave this world of strict rules behind.

One magnificent day in those woods, she kissed me. She was the first person I have ever kissed and the only that had true passion in it. I will treasure that moment for the rest of my life.

I still remember her mother screaming: “This is the fifth boy you brought home this month, young lady! How can you expect to keep this up and still do well on school?”

I still remember her running down the street after me screaming: “Wait! Wait! No! Don’t! Leave! PLEASE!” I think she broke down to her knees screaming and crying at that point but I’ll never know since at that moment I couldn’t turn around and listen to her. At that moment, I couldn’t let her explain to me that she had some people over at her house to study and do projects, some of them being male, as I would find out later.


I should have stopped and listened.


I still feel the pain.


Years passed. I married another woman, not nearly as pretty or as sweet. We had kids and built a life together.

But no one could ever compare to Vanessa Anderson 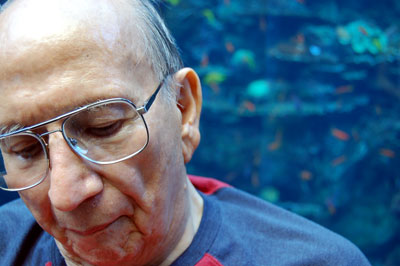