Dracon Renoir hit the rough, dusty ground of the arena, rocks carving small scratches in his hands and face.

Damn Ramar, he thought to himself. That sweep had come out of nowhere. He looked up at his old master, a grin revealing all of his wrinkles, red hair flying everywhere in the wind. Ramar extended his hand, the mark of the Order tattooed on the underside of his wrist, and Dracon took it gingerly, moving to his feet.

He glanced quickly around at the training area. It was large, consisting of stuffed straw dummies and great wooden targets. The ground was a mixture of gravel and sand, worn down from all the years of fighting on it. Soldiers and squires, even an assassin’s apprentice or two, fought hard around them, some battering dummies, others hacking away at each other with wooden swords. Until he received rank, knighthood, or was completely admitted to the Order, the men, or rather boys, were not allowed to use real weapons. Some gathered in a group watching Dracon and Ramar fight.

“ You got lucky there, Master. It won’t happen again.”

“We shall see.” His master held up his knife. Dracon steadied himself, taking a deep breath and letting his instincts take over. He rushed forwards; weapons clashed, blades moving almost faster than the eye could see. Yet as always when he fought, time slowed until he could almost perceive what Ramar would do before he acted. It was what made him such a good warrior.
***

Truth be told, the kick had been lucky. Ramar could barely keep up with his pupil anymore. The reason had nothing to do with him though- he was still as strong as an ox- but rather Dracon. It was an uncontroversial fact that Dracon was the greatest warrior to ever join the Assassin’s Order. He was rivaled by none, including himself, the high Assassin.

Dracon blade was everywhere at once, striking at him from the side, overhead. He parried, but only just. It was difficult enough to do that. Dracon swung a roundhouse kick for his head, and Ramar leaped back. He was on the defense, as he had been for almost two years.

It wasn’t long before the tables had turned, Ramar on his back and Dracon standing over him, both his and Ramar’s weapon in his hands.

“ All right, Dracon. I yield.” Dracon helped him to his feet. Ramar shook his red mane, running his fingers through it to be rid of dust. He had never liked getting dirty unless he had to.

“ I thought you told me never to yield?” Dracon said with a smirk, sliding his blade back into his belt and handing Ramar his.

“ That was before I met a foe as swift as ya.” They turned and walked out of the stone circle in which they had sparred, the crowd side-stepping as they past.

“I do no such thing. And stop calling me master. Ya past out of my care four years ago.”

“ Very well, Ramar,” Dracon spoke through gritted teeth. There was a time when he’d gotten a beating for calling his master by his first name. And now it just sounded unnatural.

“ I must say that I seem hardly capable of keepin’ up with ya anymore. You seem to get quicker while I get slower.”

“Hardly,” it had always made Dracon uncomfortable when his master complimented. He after years of fighting and training, he still had a bit of a shy side.

“ Stop lying boy. Ya know it’s true.” Ramar sniffed the air. “Guardians save us boy, ya stink! Go scrub off before ya stuck smellin like that forever.”

Dracon obeyed and sprinted off. Ramar watched him go for a second, shook, his head, and walked away, wandering through his thoughts.
***

Ramar had supper with King Jairon that night, like he always did. It was one of the perks of being the High Assassin. He’d miss that. The palace was cool this time of year and the last rays of sunset shone through the stain glassed windows of the Hall of Kings, also known as the throne room. Great stone pillars shot thirty feet into the air, supporting the high arched ceiling. Statues of Kings long ago stood lined against the lavished walls. The entire room, from floor to ceiling, was made of marble, or the King’s Mineral as it had become known. It was truly a site to see.

Ramar eventually gathered the courage to speak. It wasn’t often that he was a coward, but sometimes the King was known to get a little hot headed. As they finished off the first course, he spoke up:

“ I wish to resign my post as High Assassin.”

The King sat back from his plate, shock rippling across his face. Never had the High Assassin resigned. They been killed in battle or been stripped of their position. He can’t have grown soft, can he, Jairon thought. His eyes grew wide, accenting his shoulder length white hair. It had been white for years, though the King wasn’t a day over fifty. Somehow it made him look even more forbidding.

“Don’t get me wrong, my Lord. I take great pride in serving you. It’s just that I believe that there is someone who is now more suited for the job.”

“So, we are speaking of Renoir?” The King relaxed with understanding.

“Yes, Lord. As you know, he’s unrivaled as a swordsman. His mind is a library of tactical knowledge. He blends to shadows as if he were born of them. Why, sometimes I think he knows what I’m going to do before I do.” Ramar said this as if he’d practiced it in front of a mirror as one would do if addressing a great crowd, which of course he had.

Jairon thought for a moment, chewing on his lip, then said:

“Very well, Ramar. If you believe it’s time, then I will appoint Dracon as High Assassin. But you must remain in the Order.”

“Thank you my Lord. Of course I will. You shan’t be disappointed.” Ramar’s face lit up with joy

Jairon sat in his study during the late hours of the night, looking over reports. The room was one of the most lavish in the castle. Beautiful silk tapestries hung from the ceiling and ancient weapons, some said to have been used by the great Kilmne to drive out the Rendorians and reclaim the land, were nailed to the wall. Carpet and rich rugs lay covering the floor. A giant fireplace, accompanied by a roaring fire, sat off to the left. He sat a desk made of the finest wood. But Jairon paid no attention to any this, engulfed in his thoughts. He scratched his pale goatee absentmindedly. Rebellion was rising in all the corners of the land. Layne Nightlander was said to be gathering an army in the south. If only they knew how futile that was. No one had ever defeated his Order of Assassins.

The fools these men were, talking of creating a new government, free from monarchy. Like they knew how to rule. Who better to govern the land than the king? And by fighting him, they force him to take drastic matters. He would starve the people. Until the rebels gave themselves up, he would withhold all food from the reserves. He would teach the land who ruled, even if he had to destroy every city from the ground up. 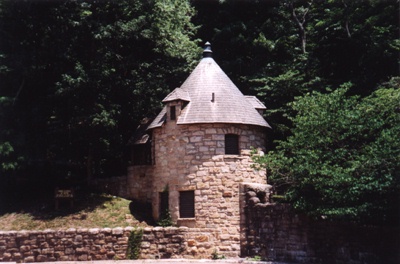 The author's comments:
I wrote a piece similar to this and posted it here. But now I'm rewriting it.
Post a comment
Submit your own

Favorite Quote:
Age is foolish and forgetful when it underestimates youth.-J. K. Rowling

1: IK think the "ya"s are a little weird but dont really take away from the piece

2:I dont think that Ramar's "face lit up with joy" if he t lost a position he had had for years.

Good job though! i really liked it... im gonna give you a five
QuestionAuthority said...
on Feb. 15 2010 at 10:37 am
This was good! A really enjoyable read and very descriptive--you use great imagery. I agree with SharpestSatire about the punctuation, but that's just about the only suggestion I have. Keep on writing!

I'm not sure why you put a space after some quotation marks, but I don't think you're supposed to.

The other thing is that, from what I understand, Ramar is the High Assassin, right? And Dracon is still a student though he passed out of Ramar's care four years ago? Even then, Dracon should still give Ramar respect as he is the High Assassin - and I imagine the social ladder that assassins would have is very strict. Cuz they're assassins, no? Lol.

Final critique: “Thank you my Lord. Of course I will. You shan’t be disappointed.” Ramar’s face lit up with joy (you need a period at the end of this sentence! Also a comma after 'thank you' so it'll be "thank you, my lord" etc etc. xD)

Ok, I really really love this! It's so cool! I've always loved stuff like this (assassins, swords, roundhouse kicks ((my favorite))), and you're a really good writer. So please write more! Unless you have the rest of this story on here... I shall check... anyway, kudos!