Here the fields are black with ash and the sky its self is ablaze as if the clouds them selves where made of fire, casting a million shadows and lighting everything up in an orange haze. Yet beyond the fields and the forest one could see the dreaded black peak like a terrible scar against the sky. With one last glance at the scene Decius turns to face the millions of people behind him, wind blew his brown hair across his pointed jaw keeping it out of his eyes.

As he looked at the faces of those closest to him, in a strong commanding voice he rang out like a roar “We no longer dine on ash! No longer shall we quench our thirst on poison! Today we march to reclaim our humanity!” In reply a roar swept through the crowd.

With one last glance over his army Decius took the first steps onto his destiny and his people followed. Marching all day for they felt no hunger, they where always hungry. They never grew thirsty for they where always thirsty. No one grew tired for a soul never tires.

As Decius and his people approached the edge of the fields night began to approach and the fires of the sky began to dull into a dark orange. When the field cleared and Decius was standing on soil, he stopped looking into the sky, as did every single person behind him, they knew what to expect. There it was the far to familiar shape of something flying towards them flapping its wings against the dark sky.

A few moments later and the harpy stood in front of them about 7 feet tall, larger than any man there except this was a woman so beautiful except instead of arms she had the wings and instead of feet the predatory claws of a bird. She wore a plain red dress that stopped a few inches past her knees in ragged torn edges. The dress only covered her front opening in the back and stopping a few inches towards the bottom of her back revealing countless ugly scars. Aurelia.

“The master wishes to know what your up to, Decius!” Aurelia hissed before he could speak. Decius chuckled to himself and with that he stepped forward reaching for his waist where his blade hang in its scabbard. Realization struck Aurelia’s face and in shear terror she began to flap her wings tragically trying to fly away but Decius was to fast he was upon her in merely a second grabbing her foot. Bringing her in close he unsheathed the sword revealing the beautiful blade it held, it was three feet long the custom length for any sword the blade its self curled back to a point. The steal from which it was made was a dull red tint to it and the hilt bound in tight black leather and with one swift motion Decius brought this blade crashing through Aurelia’s stomach. “The damned seek freedom!” he roared and with that he pulled his blade free of its host.

With that she fell to the ground and the worry of everyone that fallowed Decius passed, they where now convinced this may work. The little blood spilled here wasn’t even a fraction of what was to come to this land. H drums of war beat for the first time and with them the world shook.

With that Decius swiped his blade clean on his thigh and sheathed it in it’s sleeping place and with that he began walking on the scorched dead earth of the forest that seemed yet even more dead or deathly. Every single one behind him followed through the scorch only stopping to look at Aurelia for a split second. Not a single person said a prayer for her, with that the sky began to darken to black clouds as black as night moved in, thunder rang out and shook the tree’s, lightning lit the world around them every few minutes and rain poured down on them. 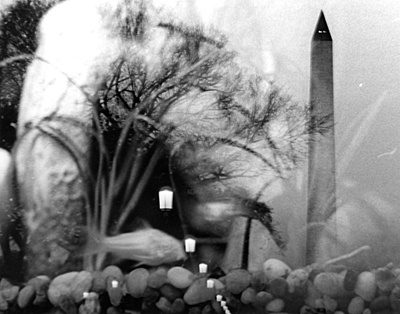 The author's comments:
This is part one of my short story about a mans determination and how he'll go through anything to get what he cares for..
Post a comment
Submit your own

View profile
holy schnike that was astoundingly amazing!!!!! i kept reading faster n faster! ur imagination is like whoaa!! the story had great imagery too
Undread SILVER said...
on May. 5 2010 at 3:44 pm
Undread SILVER, Weir, Kansas
8 articles 0 photos 12 comments

Favorite Quote:
"Accept everything about yourself. I mean everything. You are you, and that is the beginning and the end; No apologies, no regrets."

View profile
The words you use! oh the words you use! Lol  you sound  so professional adn the movement is unique!  the contrast of the skys are described sweetly! ///,...,^ FANG SAYS!:SERIS SERIS SERIS PLEASE!
Tipton112 said...
on May. 3 2010 at 5:26 pm
dude you should write stories more oftem the imagery was epic man
LeilaniLives PLATINUM said...
on May. 3 2010 at 2:48 pm
LeilaniLives PLATINUM, Fort Wayne, Indiana
42 articles 11 photos 128 comments

Favorite Quote:
"They say 'Life's two steps forward and one step back' - But what if I tripped and fell down the whole flight of stairs?"

Remarkable. I especially enjoy the imagery and descriptions in the sky; it brings an ominous aroma to the already dark atmosphere...deepening the story. Also, the character Aurelia was very...ironic. How you described her as such a magestic creature only to represent evil...