The alleyway behind the theater hall was dark and damp, puddles from the night’s rain creating an eerie swamp like affect. Bins of soaked trash lined the foreboding little alley. At one such bin stood a hunched over figure, long matted hair falling to well below her knees. The hood of a stained overcoat covered features that could only be described as ghastly. Rummy irregular eyes flicked this way and that as she waited impatiently for the one she had come for. The strange woman heaved a bored sigh and idly began to siphon through the trash with a knurled hand. Deftly, she picked out a chicken bone and twirled it between her fingers before muttering a few strange words. The bone instantly turned to ashes and a streetlamp just down the street blew out, sparks scattering across the pavement. The woman raised a hand to her ear and chuckled as a gaggle of passerby screamed at the sudden destruction.

Suddenly the back door to the theater opened up and a plain looking woman wondered out into the alley. She hesitated a moment before smiling at the hunchbacked figure standing by the trash.

“Jesriel, it has been too long,” the plain woman said quietly

“Indeed it has sister, indeed it has. How is life in the theater treating you?” the other asked

“I suppose I can’t complain. Tonight’s performance was a dud until the main actor suffered a sudden stroke,”

Her grimy counterpart grinned at her “I see that I am not the only one growing bored in this time. When was it we last had a good sport?”

“Hmm, Scotland perhaps? You remember that noble blooded fool, the one prone to daydreaming about daggers?”

The cleaner of them smiled wistfully “Now those where the good old days, free of restraint and order. Remind me why we stopped again?”

Jesriel gave a sardonic laugh “Why else but our old mistress,”

They looked at each other for a moment before the plain one spoke “But now that Hecate has been cast into the pit….”

“We can have some fun,” Jesriel finished with a devious smile


They left the alley arm in arm talking quite happily and paying no attention to the odd looks they were receiving.

“So what did you have in mind dear Jesriel?”

“There is a man with hopes of being president, his heart filled with courage and nobility. However he has a veiled past, in a place called Vietnam. And we can offer a way to cleanse him of it,”

“Oh, this does sound good,” The plain one said clapping her hands in glee

“Our other sister is already setting up the trap. There will be blood tonight!”

The sisters threw back their heads and gave out a cackle, before suddenly disappearing into the night. 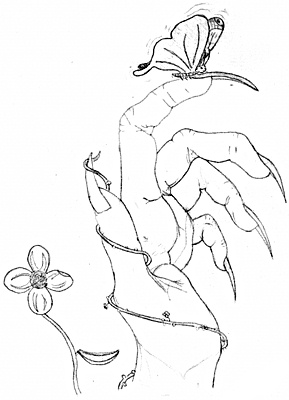 The author's comments:
Macbeth. What more need I say? (Actually this was an english asignment and I thought it was halfway decent.)
Post a comment
Submit your own