Once upon a time, there was a tree of silver leaves. The tree was the largest of them all. The people that lived near the tree were very happy and they collected the leaves of the tree. Since the leaves were made of silver, the people would gather up the leaves and sell them to other people all around the world. One day, as the people were collecting the leaves, it began to rain. The people ran into their homes. The rain was very heavy and slowly, the tree was dropping its leaves. The leaves continued to drop until the rain stopped, and the tree had no more leaves left on it. The people came out of their homes and began to weep at the loss of the tree's leaves. The leader decided that since the tree could not produce leaves anymore,  they were going to make a house out of the tree. The people thought this was a brilliant idea and began right away. They took the silver leaves and they melted them, making silver tools for the project. The people began to drill holes in the tree for windows, doors, and hollowing out the inside. After a few years, the project was finally complete. The tree had a big and beautiful door, completed with a staircase going up the tree. The inside of the tree had carvings all over the walls, of nature and other beautiful items. No one lived in the tree, but it was such a wonderful site. The people were sad that the leaves were gone, but they were a little happy about their masterpiece.
Many years have passed since the loss of the silver leaves. The people always took care of the tree, dusting and washing the inside of it.
On a warm summer day, the people were washing the tree. As one of the children were walking past it, he noticed something shiny in the grass. He picked it up to discover a silver leaf.

He brought the leaf to the leader. "Wow! I haven't seen one of these since years ago. Now the village is saved!"

The leader shared this new with the people. They hosted a party to celebrate the finding of the silver leaf. The boy told them that they could plant this leaf in the former trees' earth and that a new tree will grow.

The people dug up the dirt and placed it in a spot that they decided. After planting this silver leaf, they continued their celebration.

As the leaf grew into a tree, the people began to feel happy. They haven't felt like this since they finished working on the former silver tree.

It took many more years until the tree started to sprout its silver leafs. By that time, the leader was old and ill. His time was almost up.

On his death bed, he asked to see the new tree one last time.

His helpers brought him to the tree, one last time.

The boy came too.

"Son, you have provided this village many years of success. You are now the leader of the people. Don't worry if you make a mistake, just remember how you discovered the silver leaf."

And with that, the leader left the Earth. 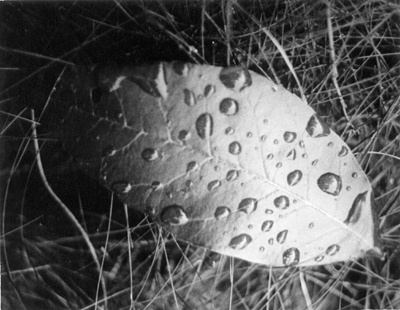 The silver leaf necklace resting on my heart.