(Un)Death at the Dragonpit | Teen Ink

The flickering flames of the Dragonpit died out completely with the burst of cold air coming from the aperture. Summer heat was turned to winter. The dragon tamers present saw their breath in front of their faces.

The Emperor Yr’maren had chosen to make an enemy. And the dragon tamers would be the first to pay the price.

It made sense, really, High Dragonkeeper Lorent thought. Dragonfire would destroy any army sent into the ancient kingdom of Tor-Helios, even an undead one like that which they faced. Such a threat had long kept Tor-Helios’s status as the wealthiest empire in the world. The High Dragonkeeper had to admit, the being at the helm of this attack was smart. Take out the dragons, and the army of Everwinter could sweep unimpeded across Tor-Helios.

The first to enter through the icy portal were Obsidian Knights. Once weapons of the Nightlord, they had turned against their master and led the fight against the power-crazed necromancer. As soon as he was dead, they had sworn to his usurper. She had destroyed the Night Lord’s seat of power and renamed the mountains around it Everwinter, taking the mantle of Queen of Undead. Supposedly her rule was benevolent, but who knew?

Any resistance was futile. The Obsidian Knights cut down almost everyone in their path, save the High Dragonkeeper and his assistants. The leader of the attack didn’t need to take off his helm for the High Dragonkeeper to know his name. Arcturis Rhaenthar. A prince of Tor-Helios in life, and a warrior even deadlier in undeath.

As the screams of dying dragons faded into silence, the Un-life Queen herself made her appearance. She possessed an unearthly beauty, slender as a willow and pale as the snow she commanded. She walked up to a nearby dragon corpse. “I wonder . . .” she said softly, to no one in particular. Extending a hand, the dark glow of necromancy appeared around it, necromantic energies pouring into the corpse. The flow of energies ended as she lowered the hand to her side, waiting.

At first, the High Dragonkeeper thought that a being of ice would fail in resurrecting a being of fire. But then the dragon’s eyes abruptly opened, glowing green with ghostlight. It stood up, and roared.

The necromancer turned to face the watchers. A smile was on her face.

“Arcturis,” she said softly. “Do you know what this means?”

“You were right. We’ve won,” Arcturis replied softly. “We’ve won a war against Tor-Helios before it’s even started.” 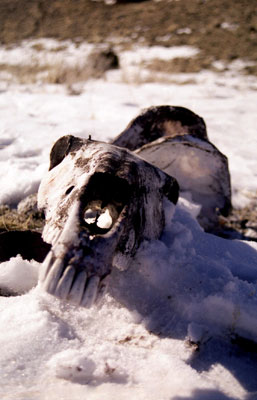 This was inspired by three different forms of media: the book Elric of Melnibone by Michael Moorcock, the Game of Thrones film series on HBO, and the MMORPG World of Warcraft. However, all names and locations are of my own making, and any resemblance to real-life characters, names and events are not my problem to deal with. ;)