This is only a portion of my writing...


The nearest town was 8 miles away and had a population of fifteen thousand. The lake the old house sat on didn't have a name and had lush forests that surrounding it.

A large staircase went up the middle of the house as you entered, and at the top had a balcony that overlooked the front of the house. Overlooking the balcony there are 5 rooms each with a large wooden door and old brass doorknobs. There is a dining room with the original ten foot, rectangular table with the large wooden chairs surrounding it. The living room faced the lake and William still sat staring out the window trying to find inspiration from despondent lake in front of him as the blank page still stared up at him, blinking, mocking, beguiling.

A knock came from the font door, making William jump, almost dropping the laptop from his legs. He got up and walked to the door, searching over the walls as he passed, trying to find something he could fix, or clean when he got the chance.

He turned the brass doorknob and it opened with force, and there stood a tall woman with long brunette hair that followed her spine to the midsection of her back. She had big brown eyes, and a full smile. Her soft pale skin almost illuminated from the dull cloudy air around her. Her long fingers held a sizable black pot filled with some kind of chicken soup that made the lid dripped with condensation from the hot steam protruding from the broth held with-in it.

“Can I help you?” He said in a warm, friendly, somewhat confused voice.

She smiled at me. “Hi, yes my name is Anne. I'm your new neighbor.” She was staring at me in excitement, waiting for my response.

“Oh, you are,” she said, “I live about a mile and a half west of here, my father is the man who sold you the place. I'm the closest person near you and thought I would bring you a little house warming gift.” She held out the big pot of chicken soup, “Can I come in?” She said, as she squeezed in between my body and the door frame.

She entered the foyer and looked around at the old, dilapidated wallpaper, and the the cobwebs and dust the covered the corners, and banisters.

“Needs work”, she said almost with a small chuckle in her voice.

“Yeah I've been meaning to get up and do it. It just feels good to sit down and relax, take the time to just stare at things and not have to worry about anything in life.”

Her eyes stopped following the almost continuous lines of cobwebs, and turned back to me and smiled. “So I take it you were a busy man in your old life.” Her fingers were fidgeting from the weight of the pot.

“Yes, I was a busy man.” he took the pot from her hands and walked into the dining room and set it on the table. This room was strangely the cleanest room in the house. It was almost cobweb free, the table held no dust, and the chandelier looked as if someone came in once a week just to wipe it free of grime. “I was an English teacher,” he said, “ And the debate and speech team coach. I wouldnt get home a lot of the time until five or six in the evening.

“So what are you plans for your new retired life?” she said.

“I'm in the process of writing a novel.” He said staring down at the floor “I thought this place would be a perfect location. There's no interruptions, and its completely quiet.”

“Except for the random neighbor that lives a mile and a half west,” she said laughing.

He chuckled. “Yes, except for the random neighbor that walks in with soup on a cold , dank day.” I smiled, “Thank you.”

“Don't worry about it, it's been said that its the best in town.”

“Well I'm going to have to just find out for myself wont I.”

“I guess you will.” She turned towards the door and pulled it open and stepped onto the porch. “Hey do you want to have dinner with me tomorrow night?” her keys jingled as she pulled them out of her jeans pocket.

“Yeah I would like that a lot.” he said with a smile.

“Okay, I'll see you here. Maybe by then you will have cleaned the house up a little.” She walked off the porch into the drizzly weather and got into her car. He put up a hand and waved goodbye and she pulled out of the long driveway, and drove off.

Will walked into the house and shut the door behind him. It slammed with a loud shutter that could wake the dead. He returned to the family room and glanced out the window. It was now pouring harder than he had seen in a long time.

Will shut his now sleeping laptop and ambled up the creaky steps to the darkening, shadowy, second story. He was so tired from the move that he wanted to shower and go straight to bed.

The bathroom was very old and bedraggled. The mirror barely gave off a reflection, the faucet staring down on the sink looked like a rusted sewer pipe, and the tub was covered with cob-webs. Will opened the box titled “bathroom” that was sitting next to the toilet and pulled out a sponge and cleanser, and cleaned the tub, and made it look almost new.

The water cascaded out of the faucet. Steam filled the room quickly. The water was so hot it made it almost hard to breathe.

Will slowly and carelessly lounged into the tub letting the hot water soak into every crack and crevice of his skin. The house was completely silent, not a sound was made except for the slow drip of the faucet.

His eyes closed and he got sleepy with every second that he layed there. The hot steam made the air thick and made his breathing slow and deep. He sunk lower into the water so the only part sticking out from the water was his head. Water creapt into his ears, blocking out the small drip sound that seemed so loud in the serene house that it almost was a scream.

His wet hair was turning cold compared to the hot water he layed in, and sent a chill down his back. He was so relaxed in that tub, nothing in the world seemed to matter, and he dozed off with nothing going through his mind except for the thought of hot soup waiting downstairs for him when he got out of the tub.

“Get downstairs!” yelled a mans voice. The sound pierced the silence like the roar of a lion. “Your not going anywhere! I will find you. And I will kill you, dont you think I wont.” He heard the hammer of a gun click back and a very loud gunshot. “Where are you david!” Footsteps scurried quickly outside the bathroom and small shadows crossed the crack under the door.

William got out of the tub and quietly put his clothes on with difficulty. They were sticking to the beads of water scampering down his skin. He clicked the lights off and held his breath as he slowly twisted the old door knob.

The hallway which was once old and decrepid looking now was fully furnished. There was a long rug with an assortment of birds and flowers shifting in every direction possible. Sitting against the wall there was a wooden table which held a vase with yellow flowers. “Get down here before I have to find you my self!” The voice was coming from downstairs. Will looked over the railing into the foyer and saw nothing but pieces from the ceiling lying scatter about on the floor. The was a gunshot hole in the ceiling. The other four rooms around him were all shut, three of which gave off light under neath the cracks. Will walked slowly down the hall, peering over the balcony tyring to find someone that would pop out and shoot him. Footsteps came clicking down the hallay leading from the kitchen to the foyer. A mans shadow crept slowly in the foyer. “I'm coming David!” The mans voice was loud and raspy. He entered the foyer. He was a tall man with long brown tangly hair. He had a long skinny face with a crooked nose, and bright blue eyes that looked like dolls eyes. He wore a long black coat that was dripping with water. In his right hand he held a pistol with his index finger wrapped around the trigger. In his left hand he held a round bottle with a gold liquid in it. Alcohol.

A young boy crept out of one of the doors. He was no older than 15 and wore brown pants, a white dress shirt, and suspenders that were hanging down from his waist. His face was soft, and the bangs of his brown hair hung in his face as the rest parted to the left side of his head. He walked to the railing and looked over at the man. It seemed as if he hadnt noticed will at all.

“Oh,” said the man downstairs, “Look who decided to play.” He held up his gun and pulled the cocking hammer back and pointed at the boy. “Do you feel threatened by me Daivd?”

“No,” said the boy, “Not as much as you should by me.” Quickly he pulled out a pistol from his pants and shot the man in the shoulder. The loud shot from the gun made will jump, and he woke up in the cold water of his bathtub. It was a dream... 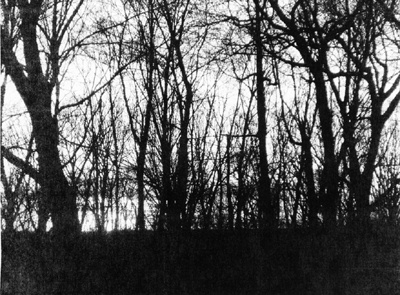 MrGold BRONZE said...
on Nov. 1 2009 at 12:22 am
MrGold BRONZE, Noblesville, Indiana
3 articles 0 photos 2 comments
View profile
hey thanks! this is only a portion of what i wrote. I couldnt submit the whole thing, but thanks for the comment. I should have more posted in the near future! keep reading!
AwesomeAley GOLD said...
on Sep. 28 2009 at 9:18 pm
AwesomeAley GOLD, Levittown, Pennsylvania
15 articles 0 photos 17 comments

Favorite Quote:
"Forget about yesturday it doesn't matter, Live for today as tho life doesn't matter, Wish for a tommorow as good as today and hopefully it will be better" -aley (me)

View profile
OMG!! that was good you should write a sequel....