As children, my twin brother Michael and I were inseparable. We did everything together; we had the same interests, the same hobbies, even the same friends. But one summer, when we were nine, Michael went away to camp while I visited a friend. When we returned, there was something different about him. At first I chalked it up to the time apart, but then the incidents started.

One night I woke up to find my brother standing at the window, looking out into the darkness as if searching for something that simply wasn't there.

“The trees … the trees woke me up.” He didn't say anything else, and I eventually fell back to sleep.

Something wasn't right, though. We lived in a suburban neighborhood; other than a few cherry blossoms, there were no trees in sight. Michael continued acting weird the rest of the summer. When I told my worries to my parents, they brushed it off as the two of us just growing apart.

Then the week before school started, our dog ran away. It was a very stressful time for me, and even my parents couldn't help but notice Michael's apparent indifference about our missing pet.

“You're not going to find him, Stephen,” my brother told me plainly. “The trees took him away.” That was the second time he had mentioned those damned trees.

The same week “the trees” took our dog, I went snooping through Michael's notebooks and found the drawings. Michael was constantly sketching, but he often got angry and trashed his work before finishing it. One piece in particular hung on our refrigerator. I remember it very clearly, because I was in it. The drawing depicted the two of us standing in front of our house, with our dog sitting beside us. My mother loved this picture, and it hung on the fridge for years, even after Michael disappeared.

But the drawing I found in Michael's notebook was different. It was identical to the famed fridge art, except for a third figure, standing beside Michael and me. This person was unnaturally tall and thin, and there was an uncomfortably inhuman quality to him. When I asked Michael about it, he freaked out.

“Where did you get this?” he demanded.

“It was in your notebook. I was looking for ….” I didn't have an excuse. Hopefully my brother would understand my concern.

“You shouldn't have looked at this.” He tried to snatch the drawing away, but I backed up.

“Michael, who is this man?”

“What do you mean?” he asked. I got the feeling my brother genuinely didn't know what I was talking about.

“Right here! Who is that standing beside us?”

Michael's confusing behavior continued during school, but no one seemed to be bothered by it except me. By the time summer rolled around again, I was excited because this year I would be going to camp while Stephen visited a friend.

Camp was relatively uneventful, until one evening. We were telling ghost stories around the fire, and everyone was taking turns scaring each other. Tyler, who was a year or two older, held the attention of our entire cabin with his story.

“Three years ago, at this very camp, there was a string of unsolved murders. Five campers were found dead, each from a different cause. One boy drowned, one starved, one choked, and another had a seizure. But the scariest death was a boy who had been impaled on a tree branch. His body wasn't found for three weeks, but there was no mistaking it.”

Trees. That got my attention.

“The police never could find a culprit, so they chalked the deaths up to freak accidents and moved on. But a few of us know the truth, and every year we pass it down. They were all killed by a being we call the Pale Man. We don't know if he's a man, a monster, or something in between. But we know he only goes after kids who know about his existence. So try and get a good night's sleep, and don't wander into the woods at night.”

I didn't sleep at all that night, but sat awake in my bed waiting for something to happen. Once or twice I could have sworn a man in a suit passed by the cabin, but when I jumped up to look, there was no one. Of course, I was just being paranoid, and by sunrise no one had been murdered or even hurt. Tyler's story was meant to scare me, nothing more.

I enjoyed the rest of summer camp, but I was looking forward to seeing my brother again. One morning I was called to the camp's office, only to find my parents there waiting for me. I was confused, since I still had two weeks. My mother was in tears, and my father looked like he had been hit by a freight train.

Somehow, I knew what they were going to tell me before they found the words. Michael had gone missing while in Colorado with his friend. Needless to say, I was devastated. I returned home, and as time passed, I adjusted to being an only twin. I guess it's true what they say, time heals all wounds.

I'm only finally talking about this now because I was looking at newspaper articles around the time and place of Michael's disappearance, and I found a story that stood out from the rest. Three weeks after my brother's alleged disappearance, the innards of what appeared to be a dead animal had been found in a tree. 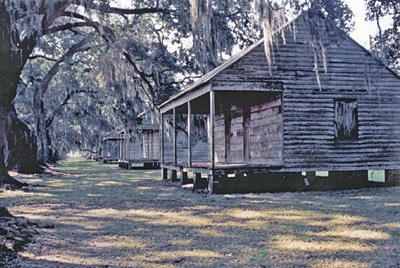 The author's comments:
A first hand encounter submitted to James Alexander by Stephen [REDACTED]. Dated October 1990.
Post a comment
Submit your own

This article has 23 comments.

View profile
*Gets down on knees* More Pleaaassseee!!! That was one of the most amazing pieces I've read on this site!
papersails said...
on Mar. 14 2013 at 5:15 pm
papersails, Muskego, Wisconsin
0 articles 0 photos 5 comments
View profile
This is amazing! It made me think of Slender Man and another myth I have heard before. I love all the details in it, good job!
tammysaurus101 said...
on Jun. 8 2012 at 1:02 pm
tammysaurus101, NYC, New York
0 articles 0 photos 8 comments

Favorite Quote:
"Everything has been figured out, except how to live." - Jean-Paul Sartre

Favorite Quote:
Music can change the world, because it can change people.

Favorite Quote:
'I see' ,said the Blind Man to his Deaf Wife as he grabbed a hammer and Saw.

View profile
I love this story, it seems so real. I wish that I had this much talent!
rudybaxter said...
on Nov. 29 2011 at 10:24 am
rudybaxter, Eatonville, Washington
0 articles 0 photos 1 comment
View profile
That was an extremly good story it held my attention til' the end.
.Izzy. BRONZE said...
on Nov. 19 2011 at 1:37 pm
.Izzy. BRONZE, Broadview Heights, Ohio
1 article 0 photos 388 comments
View profile
So creepy! But so good. Congrats on getting this in the mag!
IAmWhoIWantToBe PLATINUM said...
on Oct. 20 2011 at 7:12 am
IAmWhoIWantToBe PLATINUM, Manila, Other
41 articles 0 photos 650 comments

Thanks, I'm curious as to whether you know the mythos behind it, and whether not knowing said mythos affected your enjoyment of the story. (Basically, would knowing the background information improve your opinion of the piece?)

I'll check out your work now, thanks.