The door was always closed.

In all the eternity she had dwelt between these four walls, she had never seen it open. She didn’t know who kept her there or why, or even that anyone or anything else existed. She had never heard of the sun or the moon, much less seen their light. The stone walls of her cell were all she had ever known. It was all she had until the end of time. She didn’t know the difference between day and night. Darkness was the only decoration, the only furniture in her prison. She never slept, she never spoke. Every day she fought the door, knowing that there must be something better, something different on the other side. She willed it to open, pounding its cold, unyielding surface until her hands bled and tears ran down her cheeks. She knew not the word for pain. The only sound she ever made was a wordless scream of fury and anguish. She wished for something to change, anything at all. She yearned for oblivion. She begged for death, for freedom from this h*ll.

But the door never opened.

Outside her box was the world, and in the world were people, and from the world they watched her. And waited for her. And feared her. 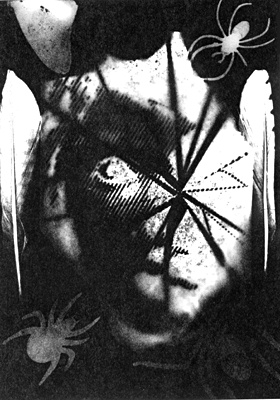 The author's comments:
I wrote this when I was eight years old and rediscovered it in an old notebook recently
Post a comment
Submit your own