The Gates of Freedom | Teen Ink

The Gates of Freedom

Favorite Quote:
"My words fly up, my thoughts remain below: Words without thoughts never to heaven go."
Shakespeare

I was born a horse as luck would have it.
My fur wet and tangled
My skin feeling raw against the freezing cold air
My bones shock from my weight
All the feelings of the outside world were so fresh and new
But scary at the same time, you don’t know what to think when you take in all that beauty in just a few short seconds. My mother died not to long after my birth though, they took her body away. I do not know why they took her body away maybe she was just sleeping. I thought from then on, I will not let them carry me away will I sleep. – (flashback)
The Mother Earth
Its bounty is large, and she opens wide to accept its gifts. She determines that her own secret hate is death. Feeling so open to life, she revolts the idea that things –
Perish someday
This fear makes her fearless of the unknowing road ahead, road ahead she is without fear. When she has turned the age of five, her master tries to saddle her. She thrashes and swings her head –
Like fire
The sooner I let this man conquer me, the sooner –
I die.
The death will take me, and I will never return. Just like –
Dear Mother.
Feeling death looming, the final breath she felt –
Has been taken
Fighting for so long, it has now come –
To not feel herself, to cower beneath her Master’s foot. She believed she actually perished. Everything looks –
Different
The friendly faces became gawking of disgust and hate.
The troubling bugs, circling her head
The songs, sung by the birds
Silence is all she heard.
Years and years of –
Silence
She was once –
Unconquerable
She was once that beautiful Mare, which everyone loved. Feeling the effects of this long, lonely journey through this death –
She met no lover.
She had no good rest.
One fine day, as her Master always said,
The Tournament……The Torment –
I go to the Tournament, Tournament today.
That’s what Nuna felt…..Torment.
This death was not beautiful, bountiful, or gracious, like when she was alive.
It was torment, degradation, she was –
Nothing in the land of the lost
Torment day, four o’clock in the morning. Nuna is standing at the gate.
She waits.
For some reason, there is a revelation. She is going to run.
Free.
After four years in death, she was given a second chance –
To live
Her heart sped. There was a loud –
Pang!
And the once blocking gate, was now her pathway to the
Run.
The simplest feeling on Earth fell over her –
Happiness
Wait
The road ahead looks scary to her
She is afraid to treed
The road less traveled
Monster whips Nuna to the run
Taken by surprise of the crude maneuver
She falters
Then Nuna takes off
Not worrying about anything she lets go
It’s just her and the run
Her master is not on top of her
She is alone in her stride to the finish line
“Is this living”, she thought
Was I alive all this time?
The race is over
The image of the race track blurs
Nuna is now in a pure white room
A field appears on one of the walls, there is great green grass and tons of apple trees. She thinks “I can’t be dead this is too good. I must be living. “
A strange image comes out of the woods down the meadow at first it looked like a person, then she got a close up look.
It was her dead dear mother; she said “Mother what you are doing in the living world. I saw the evil take you away, you die with them. “Her mother looks at her with apprehension for a long time, and then she finally speaks.
“My darling Nuna you are not alive, you died in the work house after you won that race in your mind. This is your new home, a home for the dead and buried.”
“I was alive!” she thought, this was the end. It looks like the beginning, had all of that suffering and loneliness been her life.
She asks her mother, “Can I find a mate here? Can I bare child?”
“No” her mother says.
“You can only watch over the young and dream of life with mate, you had your chance at life your job now is to watch others.”
“Help to guide those who cannot see, be there guided light in the darkness.”
Someone should have told me, I was alive not dead. 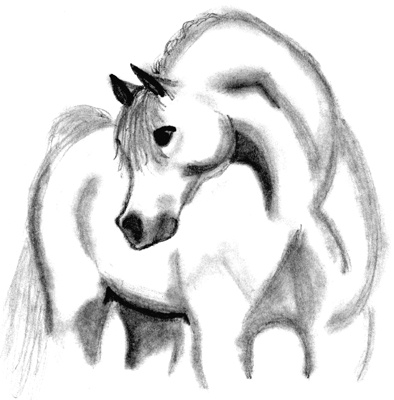