Well, my name is Max. I?m only 15, but I?m already famous and going around saving people, but the thing is I wouldn?t be able to do this without my best friend, Harry the Super Llama. He?s really special because of all his super powers; he can fly, jump really high, has super ?night? vision and x-ray vision.
?Hurry up and eat. We?ve got to get going.? We were supposed to leave an hour ago, when we got reports of an abduction that had taken place down at central station. All the report said was a young girl Alice who was about 12 years old was abducted by camels and taken back to there secret hideout!
These camels! I?ve just had enough them! All they ever do is get into mischief, but Harry never wants to get involved with them because he used to be good mates with their family. But this time he has no choice because we must save Alice.

?Down there, look at the hole in amongst all those rocks. Land down there and we?ll go check it out.?
We slow down to land. ?Come on,? says Max. ?Hurry up or we?ll never find out if they?re in here or not.?
?It really smells in here!?
?Harry would you just stop it, that?s all you ever do is whine or sook!?
The ground of the cave tunnel was rocks covered in moss. We start walking, it?s really slippery.
?Ahhhh!? Harry slipped over, he?s sliding down the tunnel on his back.
I jump and start sliding after him, I?m going faster and faster. Harry stops screaming.
?Oh no!? There?s a big drop, I start falling and next thing I know I hit some water. This is so gross! It?s not water, it?s a slimy green swamp.

?Harry?
Harry?
Harry?? Where are you Harry??
I look around and there he is lying on a rock. He?s not moving, I swim over to him as fast as I can. ?Are you ok?? he palely reply?s ?Go save Alice and come back for me later!?
?But Harry? I can?t just leave you here??
?Just go! You can do this with out me?
?Ok, see you soon mate.?
I walk off down another tunnel. I see a light; it looks like a fire flame. I start running towards it, There?s Alice they?ve locked her in a cage I grab the keys off the stone table.
?Which key is it Alice??
?The green one, hurry up before they catch us!?

?LOOK OUT!? Alice yells. ?There coming?
We start running, down the tunnel I came in through. Alice grabbed a blue stone off the wall, next thing I no the roof caves in. I look around, the camels are trapped the other side of the wall.
I run over to Harry, Alice follows. I put my hand on his neck, ?talk to me buddy, Are you ok?? He starts moving; we grab hold of him and help him up. His not talking, we jump onto his back and tell him to fly up to the top tunnel, again he doesn?t move.
We start walking down another tunnel which should take us out of here. It takes us about 45 minutes to reach the end but we made it and some how we ended up on a beach.
I get my phone out and call the police and tell them that I found Alice. They come in a helicopter and pick the three of us u.

We get back to my place; the doctor said that he didn?t understand why Harry lost all his powers. ?Harry is just a normal Llama.? No talking, no flying, no powers? It?s really sad, but no matter what changes have happened we are and will always be best friends for ever.
As for Alice, we where going out and now she helps me save the world, and fight all the evilness! But we still take Harry with us. 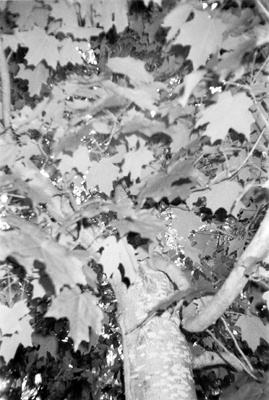