Why Cloning Is Inhuman: An Essay. | Teen Ink

Why Cloning Is Inhuman: An Essay.

Favorite Quote:
You have enemies? Good. That means you've stood up for something, sometime in your life. (Wintson Churchill)

In the world of technological advances that exists today, the issue of cloning is ever present as a debate of morals and human rights. People are asking if humans have the right to clone ourselves and other animals. Cloning, the process of taking a cell from one organism, taking a donor womb cell from another organism of the same species (which will not affect the clone’s genetic identity), inserting the original cell in the donor cell, and placing the newly developed embryo inside a surrogate mother, is an inhumane violation of human rights and an obscene act against the natural balance of life. There are those who think that cloning is a wonderful idea and that it is acceptable to make life, from and identical to that which already exists. Those in support of cloning have various reasons for their opinion. They say that clones and cloning can be used for medical and research purposes, that clones can do “dirty jobs” and populate our militaries. Another reason for cloning is to replace a deceased child or pet, or to enable infertile couples to have children. But these people in support of cloning seem to ignore one key factor that makes this act a violation of nature. All people have feelings and thoughts. This would include clones. Cloning trivializes the individualities each person and animal has, and many others view it an ethical injustice.


The process of cloning is an ongoing research project, typically fueled by government grants, unless is private universities or institutions. The economy of the world, however, is not in any position to support this use of government money. Our government owes over $14 trillion in debt as of February 2010, according to GovTrack.us. Cloning is banned altogether in six American states, according to the National Conference of State Legislatures (NCSL). The NCSL also says that in the State of Arizona, it is prohibited by law to use public money for cloning and associated research. These states are making sure that our valuable money does not end up fueling an controversial topic that many people find unacceptable.

A more pressing issue is that of the nature of cloning. Cloning, essentially, is the fabrication of life from that life which already exists. Some would use the phrase “playing God”. In the Christian and Catholic faiths, it is believed that the soul is created at the moment of conception, and therefore that cloning is therefore against God’s will, referencing the fact that there is no moment of conception in the cloning process—no sperm and egg. Buddhist responses to cloning have been less opposed to cloning itself, but to the way clones will—not would—be treated once they became prominent. Says Ronald Y. Nakasone, a Buddhist priest and Professor of Buddhist Art and Culture, “The Buddhist response to the possibility of cloning human beings is not if, but when . . . Would we accord a cloned person the benefits enjoyed by those who are born naturally?”. Nakasone is asking a key question here. We do not know how human clones will or would be treated in the future. Although it may be promised that clones will not be undermined or abused in any way, people do not always stay set in their ways, or keep their promises. One religion, a UFO religion called Raëlism, claims to have successfully cloned human beings, with help via its medical arm Clonaid. It is their belief that cloning is the first step towards immortality. Raëlians also believe that the human race was scientifically created by an extraterrestrial species called the Elohim. Although in no way is this religion to be belittled, in the matter of cloning, it seems to fail to ask the ethical and moral question: Is it our right to take the place of a divine being or creator?

Those in support of cloning may support it for different reasons, such as medicinal purposes, reviving extinct species, or work force efforts, just to name a few. They often find justifications for the unnatural and immoral arguments that oppose them. One man, Jonathan Colvin, a freelance writer from British Columbia, defended his opinion by stating that “public attitudes toward human cloning seem to be based on a diet of science-fiction B-movies and paperbacks.”. While Science Fiction may be popular in entertainment media, there are many well-informed people who have researched the topic, and who are able to make an educated opinion on the subject matter. Jonathan Colvin, in his article “Me, My Clone, and I (or In Defense of Human Cloning)” belittles the opinion that cloning could be used as an “ultimate in narcissism”, but then goes on to state that he wants to clone himself. Colvin’s reasoning for this is his medical condition, scoliosis. Colvin says that he would like to “clone myself, repair my clone's genetic defect, and give him the opportunity to fulfill the potential that has been denied to me by a cruel quirk of nature”. Is this not displaying intense interest in oneself, the very definition of narcissism? Others would argue that cloning is just an advance for the future, and in no way egotistic or narcissistic, and not unnatural. Still, many seem to forget the bigger picture. These clones would have thoughts and feelings, and therefore, be just like anyone today.


Overall, cloning is unnatural. It goes against the natural laws of Earth, and against the will of God, or any creator otherwise. Our government needs to hear this opinion from the people. That cloning is unnatural and will not be tolerated. The United Stated government is the people’s government. This means, that when the people want something, they have every rights to speak up and ask for it. They have no essential power to change or create laws, which is why they must be steadfast in their beliefs and adamant in their arguments. Essentially, the point is this: All those against human cloning must speak up and say so. They mustn’t say this to friends or neighbors, but to those who represent them is the lawmaking arena. 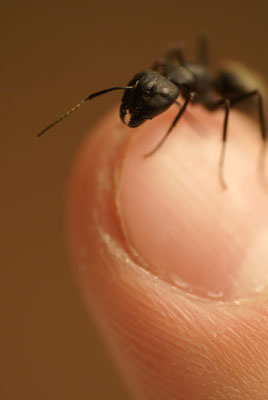 The author's comments:
I was assigned a science fiction book for English class, that had a lot to do with cloning. In fact, one of the main themes of the book brought up the moral issues of cloning. Researching cloning in a nonfiction spectrum has brought me to the opinion that I display in my essay: cloning is immoral. I hope that others will realize the heinous nature of the practice, by reading my essay.
Post a comment
Submit your own