Favorite Quote:
Life is for living

Our coasts are key to development, which includes trade and business. However, the coastline is shrinking due to erosion and weathering. There is something called the tees-exe line which runs diagonally through the bottom half of England, and is a rough definition of the split between hard and soft rock. To the north of the line is hard rock, such as limestone and chalk. To the south is soft rock made up of clay and sands. Soft rock is easier to erode, which is why erosion occurs more in the south of England.
Erosion and weathering can come in many forms. Weathering can be biological, chemical or physical.
There are two main types of physical weathering. One is freeze thaw, which happens when water gets into a crack, which is then frozen overnight. The frozen water expands the crack which over time creates a split in the rock. This eventually breaks the rock apart. The other type is exfoliation. This occurs when cracks appear parallel to the land surface because of the reduction in pressure during uplift and exposure.
Chemical weathering is caused by rainwater reacting with the mineral grains in rocks to form new minerals (clays) and soluble salts. This happens usually when the rain is a bit acidic. It occurs best in warm and damp climates.
Biological weathering is when living organisms contribute to the weathering process in many ways. For example, a tree can grow its roots through the rock eventually splitting it. Some animals bore into the rocks and scrape away the grains or secrete acid to dissolve the rock. Another example is when any bacteria or algae, no matter how small, produce chemicals that break down the rock they live on. They do this so that they can get the nutrients they need.
Weathering can happen anywhere, not just the beach. The four main types of erosion are: abrasion, hydraulic action, attrition and corrosion/solution.
Attrition is when rocks carried by the sea crash into each other, breaking them apart to become rounder and smaller.
Hydraulic action is the power of the waves smashing against the cliff.
Abrasion is when rocks and pebbles grind along a rocky platform on the beach, making it smoother. After a long time, the surface becomes smooth.
Solution is when seawater dissolves certain cliffs. In the UK limestone and chalk are particularly prone to this.
All the erosion and weathering can lead to many problems for the coastal towns. That is why hard and soft engineering solutions are put into place to prevent further damage to the cliffs. Hard engineering strategies are usually extremely expensive and can be difficult to maintain. They are quite ugly and can damage other beaches further down. Soft engineering strategies use the natural resources to create a barrier against the sea. These are typically long term compared to hard, and blend in with the environment. For example, sand dunes are made to withstand the wind and sea.
In conclusion, in order to develop business and trade areas we need to conserve and rebuild the coast the best we can. 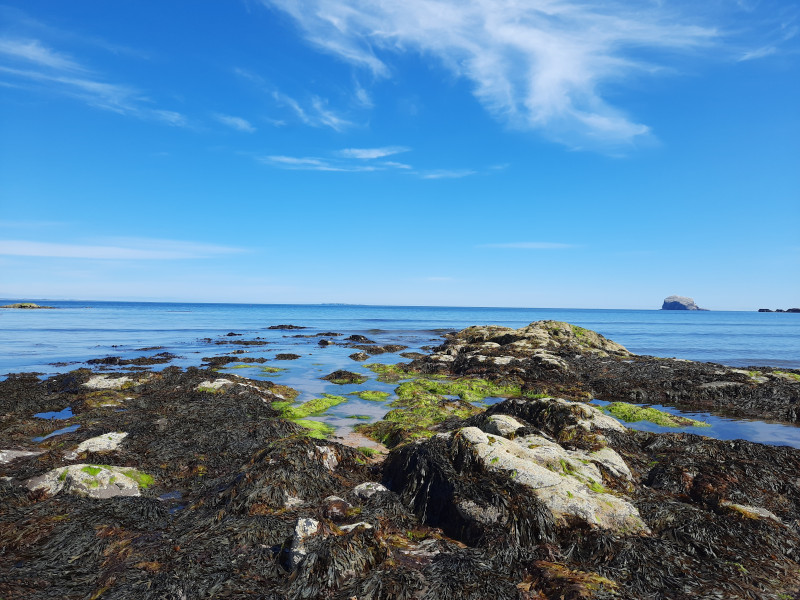 Favorite Quote:
"Sometimes your nearness takes my breath away; and all the things I want to say can find no voice. Then, in silence, I can only hope my eyes will speak my heart."
~Robert Sexton~