Favorite Quote:
“The least I can do is speak out for those who cannot speak for themselves.” -Jane Goodall

The temperature of the earth's surface has spiked drastically in the past 20 years. This has led to serious complications for both the natural world and humanity. The ice caps are melting at record speeds, the sea level is rising, and natural ecosystems are being disturbed. This is caused by humanity creating greenhouse gasses, depositing more carbon dioxide in the atmosphere than is normal. The question that many concerned people are pondering is how this massive problem can be solved. Part of the answer is nuclear energy. Greenhouse gasses come from fossil fuels that are burned for energy. If these fossil fuels were replaced by nuclear power, the world would be on the right path towards solving the climate crisis. By looking into history to reveal the beginnings of climate change, this article will prove that nuclear energy is the greatest source of energy for the future because it doesn’t have a large environmental impact, its reliable, and it can be used immediately.

Nuclear energy has a very small impact on the existing environment. In the 1800s, the industrial revolution kicked off In Europe, causing a domino effect to occur all around the globe. In this time period, humanity first started emitting more carbon dioxide into the atmosphere than natural systems could replace. The air became polluted, and the waters were increasingly contaminated. It is because of this time period that started the global warming problem today, and we must learn from the careless actions of the past. The way to do this is to stop burning fossil fuels and start building nuclear reactors. The environment is the very thing that sustains human life, is it is imperative that it is protected. Nuclear energy is the most reasonable way to achieve this. Other sources of sustainable energy have little emissions as well, but they destroy natural ecosystems. Wind turbines and solar farms kill thousands of animals and take up a lot of space. According to the esteemed journalist Robert Bryce from the National Review, “...wind energy’s land footprint is about 530 times as large as that of a nuclear plant, and solar energy’s footprint is about 145 times as large.”1 This proves that nuclear energy takes up less space than other energy sources, and therefore can be used more efficiently.

Nuclear energy is the most reliable source of energy for the future. Nuclear plants can be run in all forms of weather and in all seasons. Other forms of sustainable energy such as solar, wind, and water depend on environmental factors and seasonal variation in order to collect energy. Solar energy depends on the sun, which is not available at night, and is less reliable in the winter months. Wind farms obviously rely on the strength of wind to turn the turbines, which is a very unreliable source of energy since wind strength changes with the seasons. Dams rely on water flow, and the strength of rivers also depend on the season. Along with all of that, these energy sources tend to peek at around the same time and drop to lower production around winter. Nuclear energy, on the other hand, is always available since it does not rely on outside factors, it is manmade. Humans are able to control when power is produced and ensure that people have a more dependable source for their lives with nuclear energy. People like security and certainty, citizens can sleep soundly knowing that their energy is both reliable and clean.

Nuclear energy can be put in place in a short amount of time. One of the greatest issues in the global warming crisis is that there is not enough time to figure out a non-nuclear solution to the problem. Drawing apoun history, we see that in the millennial era, iPhone and electricity became a necessity to modern life. They are ingrained into the way society functions, which is why there has been such a spike in greenhouse gasses. All the energy used comes from somewhere, and the price is the environments wellbeing. Certain groups in the millennial era have even refused to believe that global warming is a serious issue. It is for these reasons that reversing the damage caused has been so difficult. Solving the problem requires participation from the whole globe, but people are so preoccupied with other issues that they forgot the most pressing one of all: global warming.

As Stephannie Ebbs from ABC News states, “Global temperatures could reach an irreversible tipping point in just 12 years if the world doesn’t act dramatically to reduce the amount of carbon dioxide released into the atmosphere....”2 This shows that radical actions must be taken to better the chances of crossing a point of no return in global warming. Humanity is running out of time to find solutions for this astronomical problem we created. “‘...human’ caused’ carbon dioxide emissions need to be cut by nearly half of 2010 levels by 2030 to stave off the worst effects of climate change.”3 There is no time to wait around for the technology to be invented to fix this, we must use what we have in order to get out of the danger zone. Renewable sources of energy such as wind and solar cannot be the solution to this crisis because humanity does not have the technology to create a battery that can store that kind of energy to power whole cities. Currently, renewables are being used with fossil fuels as a foundation, in case there isn't enough wind or sun to be a reliable source. Since the change's society must make are so radical, we cannot afford to depend on fossil fuels for any longer, even as a backup for renewables.

Some may argue that nuclear energy should be abandoned because it has been unsafe when past accidents have killed many, and because the waste it produces lasts for thousands of years. However, the issue at hand is so pressing, that it would be more beneficial to have some compact waste buried safely than have an entire globe filled with greenhouse gasses and pollution. As the esteemed writers’ Joshua S. Goldstein, Staffan A. Qvist, and Steven Pinker have said in their article in the New York Times, “It’s a far easier environmental challenge than the world’s enormous coal waste, routinely dumped near poor communities and often laden with toxic arsenic, mercury and lead that can last forever.”4 Pollution kills thousands of people with lung cancer and will continue to kill more and more in the future if we pass the irreversible tipping point. As for the fear of nuclear power plants, we can investigate history to find the origins. In The origins of the cold war time period, people were terrified of anything having to do with nuclear power because of the threat of nuclear bombs. These negative thoughts and emotions clouded any rational thinking and were passed down generations until the modern day. On top of that, accidents involving nuclear power have scared humanity into thinking of nuclear as taboo, when in reality it may be the world's savior. “Nuclear power plants cannot explode like nuclear bombs, and they have not contributed to weapons proliferation, thanks to robust international controls...”5 This shows that nuclear power is safer than some think despite the negative stereotypes it receives. 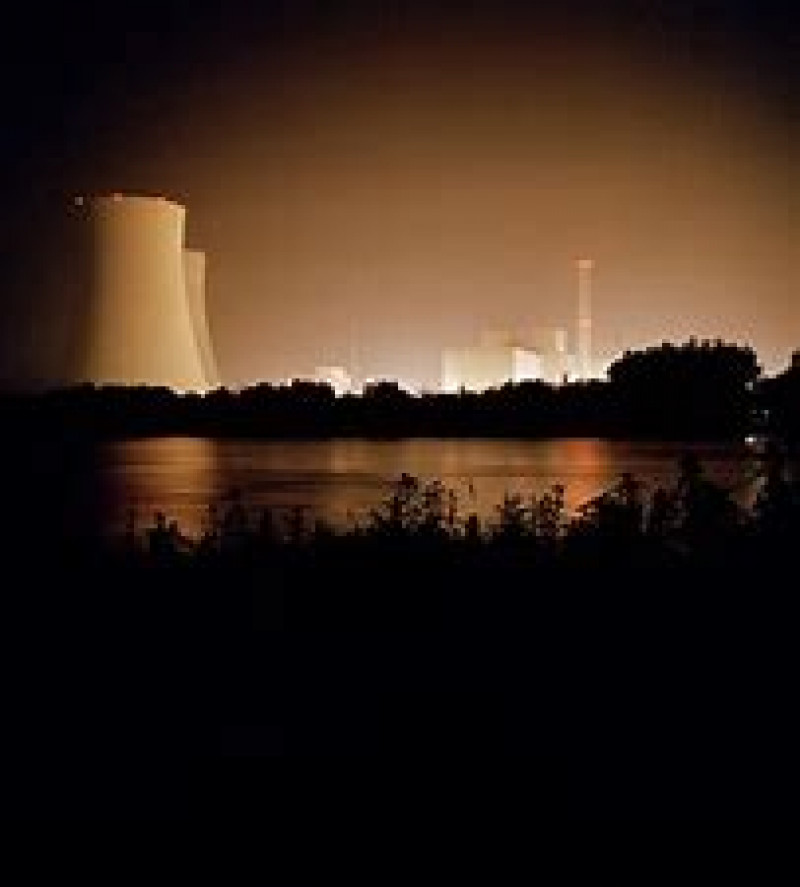 I am very passionate about the environment, and I hope that this article will help people find a love for it as well.