Today you wake up at 7:02 a.m. to meek rays of sun shining through your curtains. You vaguely remember some talk of Earth Day in school, but you aren't sure. You get out of bed, shaking off dust and dirt from sheets that haven't been washed in a long time. This is one of the months your family has no electricity. Currently in America, half the population has electricity one month, the other half the next. Fortunately, you bought extra batteries for your laptop, so you can sign on to see what's happening in the world. You check the date.

It is April 22, 2050, although you would never guess it by the temperature outside. These days, it barely hits 45 degrees. Enormous plumes of brown clouds, hundreds of miles across, block the sun's rays. You shut down your laptop to preserve the battery and head downstairs for breakfast.

As you enter the kitchen, you hear the radio. “The last polar bear died in captivity today. This blow to social ecology will be similar to that of the giant panda extinction. The list of extinctions this week include: the great white shark, the koala, the ladybug, the Alaskan salmon, and the blue ringed octopus.”

You turn your attention to breakfast. There are several little bags, a pitcher of water and an eye dropper. During the months without electricity, you eat dehydrated food for almost every meal. Today looks like pancakes and fruit salad. You add water, shake them and dig into the congealed mess. After breakfast, you run back to your room and look for a school uniform that isn't too dirty. You change, grab your laptop, and run downstairs to clean up before school.

During these months without electricity, there is no running water either. Instead of using a tooth brush and paste, you chew a piece of gum. Since hair gets greasy during these months, most people shave their heads and you are no exception. Out of hope, you try to turn on the water for a shower. No luck. Looks like another day of deodorant and body spray.

After “cleaning up,” you head outside and grab your bike. The car hasn't had gasoline in years; your parents stopped using it when gas prices broke $15 a gallon. Instead, you bike to and from school. On the way, you stop often to cough because the smog makes it so hard to breathe.

Arriving at school is always welcome during these months. School has power for the six months that classes are in session. You park your bike and head inside to World Civilizations. Today, you're studying the year 2010. The teacher tells the class to open the virtual textbooks on their laptops.

Paper books have been unavailable since the 2030s. You've never seen a book, not even in a place of worship. On your laptop, you read about 2010's major disasters: the earthquake in Haiti, the volcanic eruption in Iceland, the release of the movie “Avatar,” the BP oil spill, the floods in Pakistan, and the volcanic eruption and tsunami in Indonesia.

At lunch, you get to eat real food and sit with your friends. You make plans to go ice skating over the weekend. Skating has become a popular pastime for teenagers, because it requires no electricity and it's so cold that the ice doesn't melt.

When your afternoon classes are over, you go to a friend's house to study where your friend's mom gives you a hot dog, which surprises you since buying, selling and producing meat is illegal. You've actually never eaten meat before, so you're not sure what to do. To be polite, you take a bite, but your body instantly rejects it. You make up an excuse and go home, amazed by this experience.

At home, you study by yourself, doing your homework for the week and e-mailing it to your teachers. When you finish, it's almost 6 p.m., dinner time. You head downstairs to eat the bag of pasta your mom has put out. You sit and eat with her, but your father isn't home. During the week, he sleeps at work, because it takes too long to bike back and forth.

After dinner and chatting, you head back to your room. You wish you could go outside, but people aren't allowed out after 7 p.m. for fear that they will start riots or vandalize. Out of boredom, you get ready for bed.

In your lifetime, you've never seen a tree, paper, or a book. You've never tasted a real carrot, and you tried meat for the first time today. The only place you've seen oil is in the ocean, where it's too cold for the ice to melt, even in the summer. You live for months without electricity or running water and you don't often leave your neighborhood because the bike ride is too long. You saw an airplane once, when it was dropping seeds onto an open field. Thousands of people were there, just to see what a plane looked like. 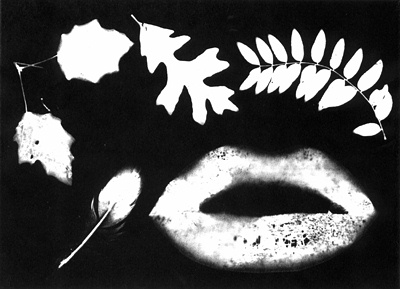 Juli007 SILVER said...
on Jul. 16 2011 at 10:51 am
Juli007 SILVER, West Simsbury, Connecticut
5 articles 0 photos 6 comments
View profile
Thanks! I read those books a few years back and I just ate them up. I got some of the inspiration for the essay from those books. They were so well researched that drawing post-disaister information from them saved me a ton of research time.
Ms. Bogie said...
on Jan. 4 2011 at 3:40 pm
Your essay reminded me of a trilogy of books by Susan Beth Pfeffer that begins with the book Life As We Knew It. In these books, a meteor hits the moon and knocks it off course, causing volcanic activity, tsunamis, and a number of other environmental disasters. If you haven't read the trilogy, I highly recommend all three books.
Random stranger said...
on Dec. 12 2010 at 10:54 am
Amazingly deep and eye-opening
Destiny said...
on Nov. 30 2010 at 10:07 am
Okay i dont believe this one bit!! How do you know this will happen??