The current immigration bill shows the same ideas of the 1960’s racism regarding segregation. The Rosa Parks incident is a prime example of something that can happen to persons of illegal immigrants. Some may say I might be going too far, but I’m simply stating my opinion. I might be going too far, but Brewer has gone too far. The bill states that illegal immigrants shall be questioned about their documents based on a “reasonable suspicion”. Well, Jan Brewer, I have a “reasonable suspicion” that you are an illegal immigrant. This is a bit of an extreme question, but it makes a point nonetheless. I think that the law is unjust and should be revoked. It promotes the potential for racism in our community and can have a lasting effect on people who are suspected to be here illegally. Moreover, the immigrants here are doing their jobs and sometimes they spend a little bit more time here than they should, but they contribute almost 5% of our economy. Making them all have a small fear of being deported is horrible for the Arizona economy and moreover the national economy. 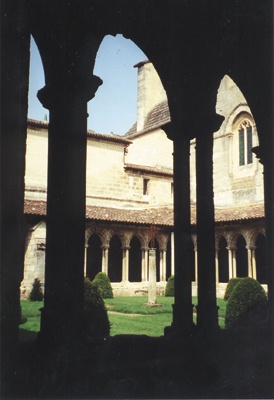 I agree this law is an outrage . It turns Arizona into a police state

View profile
His actions are not a representative of the law. The fact is this bill is now a federal law, and its the job of law enforcement everywhere to make sure these laws are followed. Personally, the fact that this law is being enforced, even as someone of ethnicity, is great news. Too many people benefit from the generosity of America, illegally. This is definitely a step in the right direction for getting out of national debt.
Peque said...
on Aug. 22 2010 at 7:12 pm
It is not ridiculous to say that, as those are the only people who have been affected so far, especially since I live in Arizona.  And of course I'm referring to him, who else?  And he, in fact, does- he has photographed himself with neo-nazis and stated that he is "flattered" to be called a modern-day KKK leader.
Nick_Xao BRONZE said...
on Aug. 22 2010 at 5:23 pm
Nick_Xao BRONZE, Roseville, California
4 articles 0 photos 20 comments

View profile
If you're referring to Joe Arpaio, he does NOT have a vendetta against people of Latino origin, he DOES have a passion for enforcing the law, and this is a law. Other people are affected, its ridiculous to say that the law, or its enforcers, will only be targeting Latinos.
Peque said...
on Aug. 22 2010 at 4:38 pm
But none of those other ethinicities will be targeted because they're not the aims of the law- the sheriff has already announced it; he has a vendetta against Hispanics.
Nick_Xao BRONZE said...
on Aug. 22 2010 at 11:52 am
Nick_Xao BRONZE, Roseville, California
4 articles 0 photos 20 comments

View profile
It targets any and all people of ethnicity. The fact that Latinos are most commonly illegal in Arizona is a coincidence; there are sure to be illegal immigrants from Asia, Canada, South America, ect. that will be affected by the law as well.
Peque said...
on Aug. 19 2010 at 7:59 pm
The law does specifically target Lationos, and we are now required to carry a passport or social security card or we will be arrested without proof of whether or not we are illegal.
Nick_Xao BRONZE said...
on Jul. 27 2010 at 9:26 pm
Nick_Xao BRONZE, Roseville, California
4 articles 0 photos 20 comments

View profile
How could you compare Rosa Park's incident with the Arizona Immigration Law? Rosa stood up for her rights as an American citizen. I think you're forgetting, the word "illegal" in "illegal immigrants" is the indication that they are doing something wrong. Nowhere in the law does it say "Cops will be targeting Mexicans". Anyone with reasonable suspicion can and will be questioned, and if you're an American citizen, a legal one, you should have no problem with that. Do you realize so many illegal immigrants come into America for free well-fare money or sometimes to commit illegal activities?