Abuse of Power on Teen Ink

A few weeks ago, I submitted a story to Teen Ink and I was thrilled to see that in the first couple of days of being online, it was rated and commented on a lot more than most of my other pieces. I worked really hard on this particular story and was pleased to see it get the praise I thought it deserved.

So this was all well and good until I checked the story's ratings. 14 people had rated the story. And 13 of those people had given it five out of five stars. 5 of those people had commented. But I also found that one person had given it only one star out of five. Not only that, but they also decided not to give me any critic on how I could have made it better. They didn't comment to tell me what I did in the story that made them dislike it enough to give it such a low rating. Which is why I ask, "did they even read it at all? Or are they just mocking me with the power they hold over my story in being able to rate without commenting?"

And this isn't the first time something like this has happened. It's happened with several of my other pieces as well. Someone gives it a low rating without telling me what I could have done better. And I know I'm not alone.

I read it in Teen Ink's forums. Many other teens are having the same problem. Teens are abusing their power in rating other's articles low even when the articles are amazingly good. They don't deserve a bad rating. But they are rated badly anyway.

And it's not the bad rating that got me down. It was the lack of respect the person had for my story. They could have at least commented on something they didn't like, something that made them choose to give me one out of five stars. They could have helped me in telling me what to do better the next time I write a story and then I would have let the bad rating pass. If only they had a good reason for rating it poorly. But no. They didn't. And it's not fair to me, the author of the piece, or others who have experienced the same problem.

Which is why I ask you, editors of Teen Ink, to change the layout of your website. Nothing drastic. Just so that people have to comment in order to rate. Only rating a piece should not be an option anymore. The link at the bottom of a article that says COMMENT should be RATE/COMMENT and the RATING stars at the top of the page should be removed. In the current COMMENT box, there should also be the new RATING stars. And teens should not be able to submit a rating or a comment without submitting the other.

I think that this will help make the website we teens love, Teen Ink, even better now. The unfairness of, as the reader, being able to give a praise-deserving article one out of five stars without supporting their rating should be eliminated. 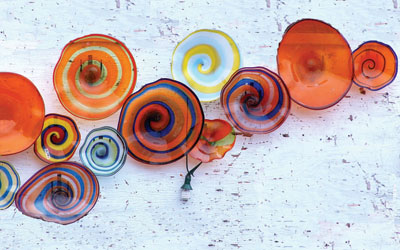 View profile
I've heard of this! Although I haven't had a drastic low rating, it's annoying when people don't rate it 5 stars and don't say how you can improve. But with your idea, ypu wouldn't get as many comments/ratings, or feedback altogether. However, to eliminate this problem, it would be better if the lowest rating is discounted to stop any power being abused. But you have to be pretty annoying to rate lowly with no feedback. Good article. I will give it 5 stars!
AriShine GOLD said...
on Aug. 20 2012 at 8:02 pm
AriShine GOLD, Norcross, Georgia
13 articles 0 photos 130 comments

View profile
I really love this article. It's funny: I saw this once before and just shrugged at it, but now that this has happened to me, I see how frustrating it must be. I recently recieved a couple horrible rating on a good chunk of my pieces at the same time, so I'm guessing it's the same person, but I wouldn't know. I don't know what they found that was bad about those pieces. Maybe they just didn't get it. Either way, I'm now feeling a little frustrated that articles I worked so hard on were shot down so carelessly by someone who didn't even leave a note. I totally agree with you, and the solution you presented is smart. Keep writing!
AndSoItGoes01 SILVER said...
on Aug. 6 2012 at 3:30 pm
AndSoItGoes01 SILVER, Reno, Nevada
9 articles 0 photos 147 comments

wow! love it!i've not had this problem so far, but i think i know how such a situation makes you feel.

check out my work.

Thank you so much for posting this!  I keep getting one star ratings on my article, 'Bullying in School', so I guess I'm hitting a few nerves with it.

Anyway, great article!  I love how you provided a solution to the problem as well.  My only criticism is that 'critic' should be 'critique'.

Favorite Quote:
The only thing holding us back in life is our desire to stay where we are and not venture further.
~Some random person on the Internet :P

View profile
I really didn't mind that someone didn't like my story, it's just that they didn't bother to tell me what they hated so much about it. Thanks for commenting anyways. :-)
.Izzy. BRONZE said...
on Jul. 13 2011 at 9:54 pm
.Izzy. BRONZE, Broadview Heights, Ohio
1 article 0 photos 388 comments
View profile
I know what you meam /: It definitely decreases the amount of confidence we have in our work. I remember talking about this exact topic in the forums. I guess we just have to keep in mind that we are all entitled to our own opinion. There are going to be people who love our work, and there are going to be people who don't care for it. Just because some people don't like it doesn't mean that it's bad at all. However, you bring up a very good point. This is definitely something TeenInk should consider