In the November issue, Danielle Mackson makes an excellent point about clothing that demeans young women in “A T-Shirt Travesty.” In this brief piece that is well-argued and excellently phrased, she explains what is on the minds of many teens. Danielle is bothered by shirts that bear the message that girls are ignorant when it comes to school or have no intelligence whatsoever. These shirts suggest that beauty shines above brain power or makes up for a lack of it.

Like Danielle, I am a young woman who works hard in school and cares about her education. I also find it deeply offensive that some shirts marketed for girls say things like “Skool Sucks” and stereotype young women as ignorant or superficial. Many adults seem to believe this stereotype, even though they obviously were teenagers once themselves. It is possible that they believe our generation is not as smart as theirs was, but this doesn't give clothing companies an excuse to demean young girls in order to make a buck. You don't see adults wearing clothes that suggest they are unintelligent or lazy, do you?

I must, however, disagree with Danielle's statement that “T-shirts for boys that degrade boys are hard to find.” I have seen a lot of these, for example, “My Dog Ate My Homework” and one with a boy playing video games in the grass because he was told to go play outside. Obviously these negative stereotypes are a problem for young people of both genders.

The issue presented in this article is a problem in both boys' and girls' clothing, and certainly should not exist. 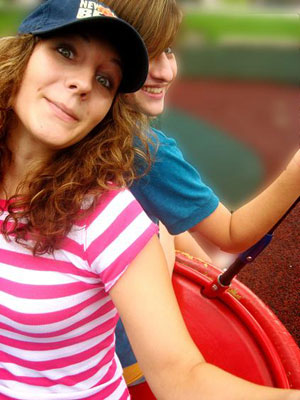