Geoffrey Chaucer’s The Canterbury Tales was written centuries ago, yet many parallels can be drawn between life in Chaucer’s medieval time and life today. The society Chaucer creates has an uncanny resemblance to society in modern England and modern America. Both The Miller’s Tale and The Wife of Bath’s Tale, for example, present similar opinions about the balance of power within marriage, mimicking power struggles that we see displayed in society today. However not every aspect of Chaucer’s culture has remained in modern society. The Miller’s ideas about traditional societal norms and social mobility in particular could not be more different.

The Miller believes that despite mankind’s tendency to be seedy and impulsive, there is fundamental organization imbedded in the foundations of civilized society. Every man, women, and child exists in a specific place and is expected to act in a specific way. Common relationships between people are defined. The moral of The Miller’s Tale is, “A husband should not be inquisitive about God’s secrets – or his wife’s.” (Pg. 205) He believes that in order to have a happy marriage, men and women should keep to their separate spheres. Men especially should not challenge women’s authority. The Miller also offered his opinions on the hierarchal structure of medieval society. He believed that the carpenter’s problems resulted from his poor choice in a spouse. The carpenter was old and his wife was young and virtuous. The Miller believes that in order to have a happy life, people should wed “according to their condition.” (Pg. 209) He doesn’t believe that social mobility is possible or worth the trouble. People are in put in their place, and that’s where they should stay.

In the Wife of Bath’s prologue, she establishes her credibility by describing her experiences as a wife. Her tale differs from her prologue in that it unfolds like a fairy tale. In the magical land she creates, women have all the power in love and marriage. King Arthur’s queen decides how to punish the knight, and in the end, the old hag is able to establish dominance in the relationship before giving the knight what he wants. In this way, the Wife of Bath’s and the Miller’s opinions about the structure of marriage and gender roles are similar. They both believe that in order for things to run smoothly, a woman needs to retain authority. However, the Wife of Bath and the Miller differ in their ideas about social mobility. In her prologue, the Wife of Bath talks about her past five marriages. She married each of her husbands for social or financial betterment. She believes in doing whatever is necessary to obtain the life she wants for herself, and that includes finding a sixth husband. While the Miller believes in sticking to what you know, the Wife of Bath recommends establishing dominance and utilizing your skills to get yourself as far as you can.

Chaucer’s medieval England, as described in The Miller’s Tale and The Wife of Bath’s Tale, is very similar to modern England and modern America. Increased immigration and secularism in modern England has led some to call for a return to traditional practices and values in which societal norms are observed. The bawdy and vulgar attitudes present in the lower classes in Chaucer’s time seem to be all the more present in all social classes of England today. The changes England is facing are no doubt related to similar changes in modern America. Throughout history, the two countries managed to retain a special relationship. Whatever major transformations occur in one country usually affect the other. In England and in America, decreased homogeneity and the resulting socioeconomic melting pot has led to the breakdown of strict social class lines and in some cases, loss of cultural traditions. Marriage and traditional gender roles are also changing to be more like Chaucer’s time. While there are still separate spheres, increased equality and the decline of male dominance allow for more power to be transferred to women, just how the Miller and Wife of Bath thought it should be. Modern American culture is defined by opportunity and mobility, unlike the static society that the Miller envisioned. Like the Wife of Bath, people on every level throughout America are breaking down barriers and stereotypes, enabling financial and societal self-betterment. The Wife of Bath’s Tale presents a more modern and realistic view of society similar to present-day England and America, whereas The Miller’s Tale is stuck in the socially paralyzing hierarchies of the past.

The Canterbury Tales, although written over 600 years ago, can help us make sense of modern American society. The ideas and principles presented by the pilgrims have lasted since medieval times and help explain why society is the way it is. Even concepts and themes distributed by the popular media support the pilgrims’ claims. The movie Good Will Hunting, for example, tells a story similar to the Wife of Bath’s in which the main character chooses to take advantage of opportunities as they present themselves and ultimately improves his standing in life. The Wife of Bath viewed medieval society very much like modern people view life in England and America while both the Miller and the Wife of Bath supported the idea of gender roles and distribution of authority within marriage. 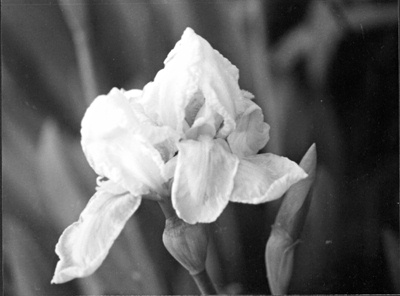