Are Kids Kids? Or Are They Little Adults? | Teen Ink

Are Kids Kids? Or Are They Little Adults?

I believe that kids should not be tried as adults. Kids brains don’t function the same way as an adult’s does. Yes some kids are smarter than others and do think and comprehend things at a higher level than the average kid but that doesn’t mean that they know what they are doing when they kill someone. Even if a kid has the highest IQ known to man if he has a gun in his hand, and he knows killing is wrong, and someone is charging at him to hurt him instincts will kick in and he will pull the trigger. Also, as a kid guns are looked at as toys and fun. When a boy is five or six he wants to be cowboys and shoot all of the bad guys. If a kid is in a gang his job is to shoot and kill all the bad guys in the opposing gang. There is a similarity between the two.


Some kids are just born into bad neighborhoods and they can’t do anything about that. Some are forced to do these things because of relationships. For instance, if a kid’s brother is in a gang he is going to want to follow in his brother’s footsteps. Most kids cannot help being born into the situation that they are born into; most are just trying to keep from getting killed themselves so they kill before they are killed. If a kid grows up in violence and lives and sees violence every day, then that will be all that he knows.


While jail might be a deterent for an adult their punishment should be focused on more along the lines of rehabilitation. Sure jail may stop a kid for a while but if the kid is fourteen and gets a murder charge for six years then he gets out at twenty and will have more chances to kill again. He has the rest of his life to live. But if the adult is fourty, if he is lucky enough to not get a life sentence he will get out at fourty six. An older adult like that will probably not omit the same crime twice. That’s a lot of time to lose at that age, a tweny year old is still very young. Therefore; if a kid is put in rehabilitation. And lastly if a kid is put in jail he will be around nothing but repeat offenders and weathered criminals and will know more about being a criminal from these men.

I don’t understand how you can be tried as an adult when in Kansas you have to be eighteen to serve on a jury. (Hendricks) It makes no sense at all that someone would be tried as an adult in court when they themselves cannot serve on a jury. If a person is considered adult enough to serve on a jury,which is a big thing, then how could your be considered an adult if you can’t serve on a jury.It is not a fair trial if a fourteen year old is going to be tried in front of a jury of adults they are automatically going to think that this kid is a bad kid and needs to be taught a lesson not, oh this kid is just a bad kid he’ll never change. When it is possible that this kid didn’t know any better, was brought up in a bad environment or was in the wrong place at the wrong time. An adult will not give the kid being tried for murder a chance to change, they will write them off instantly.

People that believe kids should be tried as adults usually say that these kids do not have morals and that they are inherent and they should be tried as adults. This is completely false. Morals are taught no one is born with them. If a child is born into a bad environment where there are other family members in gangs they wont know any different. A parent is supposed to teach the child right from wrong. If they don’t then the kid will not know what to do. How can you expect the kid to do what is right when he doesn’t know what is right? Its like a teacher giving us a test over something that they haven’t taught us and getting mad when we do poorly. How can he expect us to do well when we haven’t been taught it yet?


In conclusion, children should not be tried as adults because they could come out worse than when they went in because of who they will be around in there. Parents teach morals and a child will have no morals if they are no taught. And lastly if someone cannot serve on a jury till they are eighteen then they should not be considered as adults. We need to take this topic seriously because if we don’t, our society will be unsafe and filled with bad people. 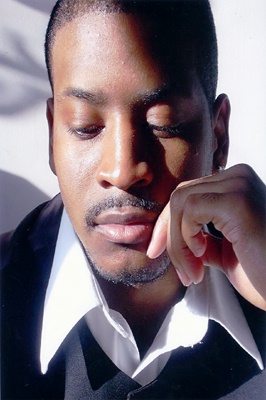 The author's comments:
I believe that Affirmative Action is a good thing and should be inforced.
Post a comment
Submit your own