As a Republican and a religious Jew, most would assume I agree with the camp that outlaws gay marriage. I don’t feel this way—gay marriage should be as legal as any marriage, in all concerned benefits, in the eyes of the state, and in the eyes of American law. Religion and democracy do not negate each other. My religious views order me not to be gay, but they do not say that I cannot—and should not—respect and honor people who choose to be gay. Indeed, I have an obligation to respect other peoples’ decisions and ways of life. I have chosen to lead my life by the Old Testament; I have no right to force this view on others. The very foundation of freedom dictates that we allow everyone to lead their lives as they see fit, so long as they don’t harm anyone else. Is the American public really so close-minded that the small discomfort traditional people might feel while looking at a gay couple can be described as “harmful”? Is this discomfort what prevents citizens of a free country from living their lives? Why, in the Supreme Leader of Democracy, do only 13 states allow these marriages? My religion has no bearing on my opinions of gay marriage. All I believe is that a mutual respect should be created between the gay community and the religious one.

My political views (generally Republican, although I waver in social issues) do have a bearing on my views of gay marriage. The Republican Party believes in a small government. I believe in the power for the people and the government as a unifying central power that organizes the country— but not as a government that steps into our lives daily. Social reform must come from the people, not the politicians. This is why I believe in the legitimacy of gay marriage. The government has no right at all to come into our bedrooms and to define what a proper marriage is. By doing this, by acting as though politicians have a right to order that gay marriage is illegal and somehow less than conventional marriages, the government is horribly overstepping their jurisdiction.

As a Republican and a religious person, I find it disgraceful and hypocritical that in the Land of Freedom, the freedom of marriage is denied to some. America is about giving people liberties that so much of the world is denied. It is a place where people accept each other and respect each other. It is unique in its ability to unite people from all walks of life in a true comradeship. Why should this issue be any different? Why can we not accept others as they are, even if it is different than what we believe is right?
If America cannot achieve mutual respect between its citizens—then who can? 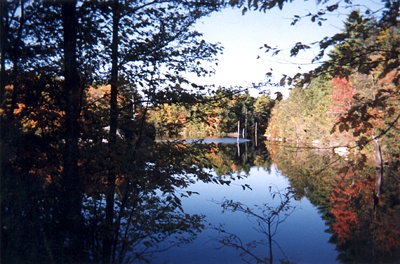 The author's comments:
Because no article about unity and respect can do without some Harry Potter wisdom: "We are only as strong as we are united, as weak as we are divided." --J.K Rowling, Goblet of Fire
Post a comment
Submit your own