Belux - The Star of Zacharias

In the country of Belux, created after the destruction of Earth, humanity has seemed to finally redeem itself. Every person is born with vibrantly colored hair, contributing to diversity and equality in this new world. War, famine, and poverty no longer exist as the government keeps the entire world under its watchful eye with a potent tool: magic, the novel technology and implement of power which exerts its force with such hazard that it nearly threatens those who wield it. But only the CGO (Color Governing Officials), the imperative branch of the government, can use magic. Despite these great measures taken to maintain order in the world, there is a hidden evil with no color—the kind of nightmare which haunts every honest citizen’s dreams—that lies on the horizon. This darkness seeks to collect the six pieces of the legendary Star of Zacharias and use the magic to take over Belux and destroy the world as they know it. However, there is a greater intent behind this quest of myth and power: taking revenge against the government who had committed an evil unheard of to the population.

Azalea Violet is about as true a Metroplexian citizen as anyone can get. She’s been working practically her whole life to become a Breeder, the most important and exemplary job in all of Belux, that which gives the defining color to each individual when they are born. She tells herself she has no other aim but to please her mom and follow the Metroplexian Dream, but there is change in the air, and a mysterious boy at school who sparks something inside her.

Sun Yellow is a rebel, a seemingly lost cause in this stifling world of power-hungry oppressors and the zombie-like mass who walk the same steps every day as they go through their routines. He is struggling at school and losing himself while trying to stay in the popular group and be a troublemaker. He believes that there is something beyond the Tazarabi Wall, the formidable structure which divides the suburban claustrophobia that is the Hoh Metroplex from the rest of the world. He longs for a way out, yearns to find the truth, knowing this can’t be all there is to life.

When fate draws the two together, they learn about the hidden evil and realize they are the only ones that can defeat it. Both are forced to put aside their differences and unite to journey across Belux and collect all six pieces of the Star before this dark enemy can. While doing so, they come to realize that maybe they aren’t as dissimilar as they seem, and that there may be something real and worth treasuring between them. 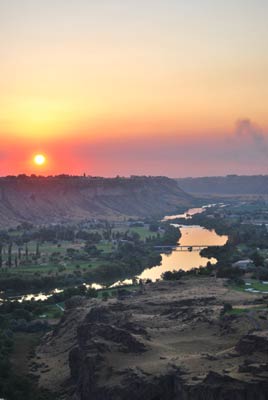 Belux - The Star of Zacharias