Where The Mind Ends | Teen Ink

Where The Mind Ends

The end is near.
They don't care for us.
Dont hide or join them
Fight them with us. 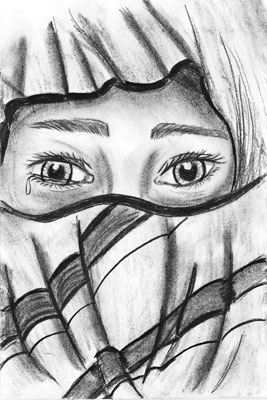 Where The Mind Ends

This story was good, but there are a LOT of ways you could've improved it. The plot seemed weak, and you didn't describe the mother telling everything to Iggy, so him learning about his powers kind of seemed like a minor event in the story compared to him renting a motel room.

You also should've described what the characters looked like, and used higher vocabulary. The whole story seemed to go by really quickly, and it's because you didn't really take the time to describe your environments and the characters' feelings.

A BIG issue you had with this was switching between past and present tense frequently. I've seen that in a lot of people's writing, and it's a common mistake. But you still shouldn't do it; be careful!

So those were your biggest problems, and if you fixed them and continued on with your next story, I bet you could make an amzing piece of writing!

I'll expect the sequel to be better; keep on writing! :)

View profile
Thank you for the review. I am currently working on a follow up book for this series. I can't wait until I finish. Oh and BTW, I dont mind reading you work
applesauceHater SILVER said...
on Nov. 27 2011 at 5:26 pm
applesauceHater SILVER, Nikolaevsk, Alaska
8 articles 0 photos 124 comments
View profile
OMGEEEH!endings intense! One thing is that you should write a little more emotion and feelings. Like on the first page, you should say how he felt and how it hurt as he gasped for air when he was being choked. Or when he found out that guy was his father. You should have wrote how he was hurt, or confused, anger. Did he have mixed emotions. Did he feel anything towards the mom because of this? Or when he was strapped to the table in the second page, was he scared, nervous?But other than that(hope i helped a little), the story is really cool:(i really want powers like he does. Looking forward to next chapter. also, probably annoying to hear, but when you have time, check out one of my pieces and tell me how i can get better, I would be much obliged!