At first all Beth Taylor wanted to do was move on. After her younger brother's death, everything was different. Then, as more clues about his death began to show up, she just couldn't leave it alone. Who killed him? Did he really kill himself like everyone else believed? Was it Kristen Dollsworth, his girlfriend and the one person Beth hates most? Was it Aaron, Beth's boyfriend who had a sketchy past with her brother? Her friends? Her family? Or someone else? All the while she's digging for the truth, Beth has a few other things to worry about. While trying to find the answers to her brother's sudden death, someone else might just lose theirs along the way. Revenge can get ugly. 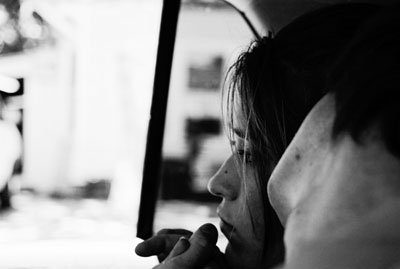 Favorite Quote:
"Where everything seems possible, and nothing is what it seems"

Favorite Quote:
I wanna be the girl you talk about,The only girl you cant live without, To be the one that makes your heart beats like crazy. For you to say to your boys
"Yess she is my Girl"
"Your guard is up and I know why"
"Im ready, Im ready"

This book has 8 comments.

View profile
Thanks so much! Unfortunately, I wrote this around 5 years ago (yikes, was it that long ago, already?) so I probably won't be adding any more to it (but who knows? Never say never, right?). I'm really glad you liked it though! :)
EmilytheBelleofA. DIAMOND said...
on Oct. 20 2014 at 5:08 pm
EmilytheBelleofA. DIAMOND, Athens, Georgia
81 articles 5 photos 1486 comments

View profile
Oh, geez Luis. Is it alright if I ask, if there is more coming? This is absolutely, fantastic and amazing. I absolutely, mean it. You know to make it suspenseful. When I first read it, it grabbed my attention, right from the start and I didn't stop reading it until I got to the last chapter. If there is more coming, I hope that I can read it. :) You have such a talent and greatness and light in you; and you're an amazing and wondeful and talented writer. It's true, it just is. Thank you so much, for sharing this, my friend! To be honest, I'm curious and excited about thsi book. You're just really talented. Thank you, again!
monikitty12 PLATINUM said...
on Mar. 14 2014 at 10:28 pm
monikitty12 PLATINUM, New York, New York
35 articles 0 photos 52 comments

Favorite Quote:
Don't cry because its over. Smile because it happened.

View profile
This book really has to be published. You are literarry a born to be author. My works are average compared to yours!!!
Ccookiez BRONZE said...
on Dec. 12 2012 at 2:55 pm
Ccookiez BRONZE, Fabens, Texas
4 articles 6 photos 2 comments

Favorite Quote:
Life Sucks and then you die ~ jacob black

View profile
i love this book. i couldnt stop readin this. they had to turn off my wifi so i could stop. you need to write the rest
missreadalot said...
on Nov. 15 2012 at 9:49 pm
i just finished the first chapter and i have to say this is the most well written book ive seen on this sight  its so nice to see things from a cheaters point of view
ThatOneWritingGirl PLATINUM said...
on Nov. 1 2011 at 5:08 pm
ThatOneWritingGirl PLATINUM, Greenwood Village, Colorado
21 articles 0 photos 41 comments

View profile
Oh my gosh, thank you SO MUCH! I can't tell you how awesome it is that someone actually read it. I was worried no one would even bother after reading the summary or anything! Thanks so much!
Country_Storm_Inspired said...
on Oct. 18 2011 at 2:12 pm
Country_Storm_Inspired, The Colony, Texas
0 articles 0 photos 28 comments
View profile
Oh.my.GOODNESS!!! This is amazing! I stayed up until 12:30 reading it and I almost cried when I realized the end wasn't there!!!!! You have to have to have finish it!!!!!!! (: