For centuries, a war has raged between the Rippers and the Magi.
The only method to the madness is the Covenant, a binding law
with only two parts: Rippers and Magi may never harm a human, and
the secret must never be revealed.

Vangel, a young Ripper soldier, is an outsider no matter where
he goes. Returning to the world of humans as a spy, he meets
Jake, a human girl being hunted by supernatural assassins.
Something keeps drawing them together, and Vangel can't
figure out what it is. Then renegade Magi and century-old college
students get involved, and it's all up to Vangel to keep
Jake alive. 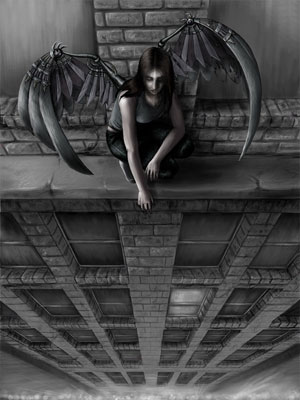 Favorite Quote:
"This is the type of arrant pedantry up with which I will not put."

View profile
You are a very talented writer. I love the concept of these "rippers." It's all very intriguing. This is better than most of the stuff I've read on this website. Well done! I applaud you!