Where Has All the Music Gone? | Teen Ink

Where Has All the Music Gone? MAG

I love music. I think that it is, and always has been, the most amazing thing ever created on the planet. I am astounded by the amount of different music and lyrics that exist. Every emotion can be found in a song, so, when I hear music, I don't hear sound, I express my feelings. I believe that my life is a movie, and music is my soundtrack; every song is carefully placed on the scorecard. It's as if my true feelings are being shouted, not from my mouth, but through my stereo.

Unfortunately, soundtracks are hard to come by these days. Good bands with a real message are practically impossible to find, let alone ones that write their own music and express their opinions and thoughts.

Yes, I know people have been saying that music is meaningless for years now, but I never really believed it. But now, with "American Idol" the crowned royalty of pop culture, and musicians' popularity based on looks instead of talent, I feel ashamed to buy CDs.

I have succumbed to the bubble-gum world. I have Britney's CDs, and I know *NSYNC songs by heart. I've been to many concerts with screaming 12-year-olds rushing the stage. I've been there, done that and I am a little embarrassed. Now, looking at it from the outside, I realize that all the songs sound the same, all the videos look the same, and it's all a cycle.

First the phenomena of a group or singer, all called the "Next Big Thing." The photos in every magazine, footage on every television show, and the occasional tabloid headline. Then it dies down to a whisper. The pop stars decide they should write their own music, wear their own style of clothing, and be as deviant as they choose. They come back, more mature, more scandalous, and with much more attitude. However, the music is still the same; it never gets better. Why? Because it's a market, it's a fad, it's a gamble.

These days it seems that everyone who's anyone has sold out. They make the videos, act like a down-to-earth girl/boy next door, and they make millions. There's something about this whole cycle that makes me uneasy. I almost feel betrayed by those who have told my story, but are now a slave for vanity and fame.

All songs seem to be about love gained, love lost, sex, drugs or struggles. Kids in high-class, rich white Republican suburbs are singing about living in the ghetto and being a thug. I'm all for freedom of expression, but it's not expression that I hear through the music as much as the cha-ching of the record company's cash register. I don't want to sound like a bitter old woman remembering better days, but I just know that at some point music meant something. It had meaning, it had substance. Now, a good song depends on choreography and tight clothes; rock and roll in the '60s stood for freedom and change. Instead of peace it's all about fighting. Instead of love it's all about how many b-----s and whores a man can "score" with. I find this appalling and depressing.

I hold onto those few precious songs that play in the background as I live my life. But every time one of these is released and made into a sexy video, I feel like a part of me has been lost. I feel like it's been stolen and put on display. Yes, I know that this is show biz and entertainment and what they do to make a living; I know that it's fun and I'm being too serious. But isn't there something wrong with a Beatles song being turned into a punk song? And I also think that having America's youth vote on the next big "Idol" is just another product. It's all a candy machine, and the bubble gum is starting to taste bitter. I may take this really seriously, but that's because it's the most important part of my life. 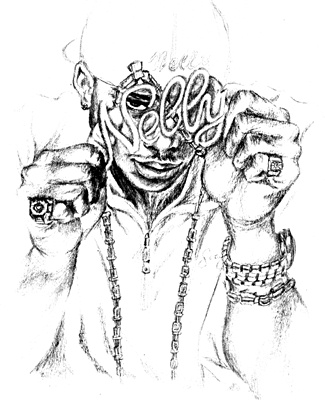 View profile
Wow! I love music also and I totally agree with you. What music have came down to and became is really silly. The lyrics of a song could be a dangerous influence to the young audience. Certain songs influence fashion, behaviors, and crimes. Some songs that you hear on the radio just makes no sense at all! It is rare that I listen to rap music, but I believe that there is where all the mayhem started. Music companies and record labels let anyone into the game and rap about anything and everything--which is pointless, derogatory, and vulgar.

Love songs, however, I think are okay. A lot of people could relate to them and some of them can be a pain killer after a horrible break-up or so. But I do agree, they all do rather sound the same, which is boring if you asked me. Don't get me wrong, I love the lyrics of songs of this nature, but I'm also realizing how they lack originality.

I think this is a powerful article and you did a great job on this.