Why is President Bush socriticized? Many believe he is a terrible, untrustworthy president. I believethat too many young Americans listen to their parents and hold grudges againsthim for no good reason. Many say things like "I hate Bush" or"Bush is stupid" only because they hear others saying it. The mostcommon comments about the president are that he can't talk right, he's dumb, theeconomy has gotten worse because of him, and he could have stopped the terroristattacks. I have even heard people say he is racist.

President Bush, Ibelieve, is not nearly as bad as he is made out to be. He may not be the smartestpresident, but he surely is not such a failure. To his credit, he has appointedone of the most experienced and efficient cabinets the executive office has everseen. With his speeches, he helped unify the whole nation after the attacks ofSeptember 11. He has also taken a hard-line approach to protect us from terrorismand has kept a waning economy from totally plummeting. Unemployment is still lowand inflation at a minimum.

President Bush is handling the terroristthreat by creating a Homeland Security department and acting swiftly against Iraqand their weapons. He is attempting to take nuclear weapons from the hands of amad man who gassed his own people and has a strong hatred for Americans.

The economy works in what are called "cycles," which take it upand down. According to the laws of economics, our economy inevitably would havedropped and gone into a recession, but Bush has kept us from this by establishinghis highly effective fiscal policy. Bush also appointed two African Americans tohis cabinet which, to me, eliminates any question of him beingprejudiced.

According to opinion polls, Bush is the most popularpresident of all time. He is doing, at worst, an adequate job as president.People need to stop complaining. Our economy is not as bad as everyone seems tothink. People need to stop talking so harshly about their nation's leader, andshow more respect. People should know their facts before they make such claims. Ihope Americans will wise up and recognize a good man when they see him. Isincerely believe Bush means well. 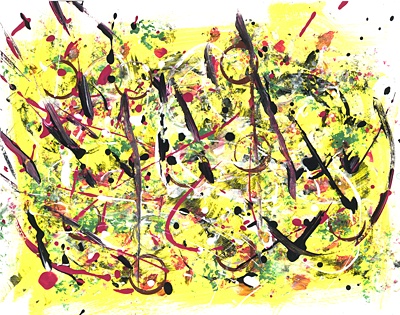