Whenever I watch thepresident speak on television, I feel as if he has no real power and is a pawn inour government's game. He maintains his position with the help of several people,including oil industry executives and a good speechwriter. The quality of hisspeeches is somewhat formidable in terms of grammar and dramatic usage ofvocabulary.

One particular speech in early October did not help me (or anyother free-thinking American) decide how to feel about attacking Iraq. PresidentBush mentioned no details about homeland security, or the threat to our greatnation. This lack of specifics was made up for with a vague yet compellingspeech, with no evidence to back its claims. George W. Bush spoke in vague termswith all the details of a third-grader. Okay, a smart third-grader.

I donot believe we should attack Iraq. Perhaps it is a cliché, but I just donot see how war will solve anything. President Bush alluded to a higher evil,lumping terrorists, Iraq and communists into a group of evildoers that must bedestroyed. I believe that an attack on Iraq is not the answer to the world'sproblems. I do not believe that America is in serious danger. Besides, didn'tReagan spend all our money on a counter nuclear defense mechanism?

InsteadI would like to focus on history. History tells us that, unlike Bush's idealisticTexan views, the United States is far from perfect. Bush called Saddam Hussein anoppressive, homicidal dictator, addicted to weapons of mass destruction. Look atthat! Bush can fight drugs and terrorism all at once! Anyway, who's to say thatthe United States isn't an oppressive country? What gives us the right to stepout into the rest of the world and say "Do it my way; watch my TV shows; eatmy hamburgers; buy my automobiles; and, oh yeah, give me gas so I can drive bigluxury trucks!"

What is the real issue here? Is this a politicalploy to raise Bush's approval rating? Do the oil companies really care about theIraqi people? Does Bush really care about the Iraqi people? Is America willing tofight a dictator? Who will be the next leader of Iraq? Will he be moreappreciative of civil rights? More important, will he give us better gas prices?Is the rest of the world with us? Is America loved internationally? Does Bushreally know what's best?

I think I'm going to start my own country. 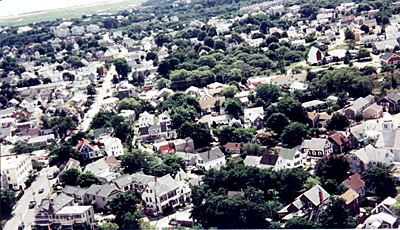