If the modern movie "Great Expectations" werelike the book, it would be rated G, at most PG. Not R. Jane Eyre was one of thebest books I ever read but one of the worst movies I have ever seen. In hisautobiography, Angela's Ashes, Frank McCourt constantly explains how his eyes arebrown, like his father's, and not pretty and blue, like his mother's. I wassurprised to see Frank with gorgeous blue eyes in the movie version. All three ofthese books were altered greatly when made into movies.

It's ironic howGwyneth Paltrow is naked on the video cover for "Great Expectations."In the book, Estella, Paltrow's character, completely rejects Pip, the maincharacter, and there's no sex whatsoever. Nothing ever happens except one kiss onthe cheek when Pip is still a boy. No nudity. No sex. There isn't even muchromance. Charles Dickens, for whatever reasons, decided that Great Expectationswasn't going to be a romance and that Pip would never even kiss Estella, letalone sleep with her.

I'm sure many actresses would love to play thecharacters of Jane Eyre or Estella accurately. The lines for the screenplayalready exist in the book, and there's no reason to change them. So why doproducers, directors and screenwriters always change the book to make themovie?

Because producers know that most people want to look favorably onthe main character. That's why Frank, in the movie "Angela's Ashes,"has blue eyes, and that's why Pip in the movie "Great Expectations,"isn't completely rejected by Estella.

It's easier to get people'sattention with beautiful actors and sex. It's hard to make a movie that'spresented the way the author would have wanted. "Great Expectations" ispretty good and entertaining because of all the romance and sex appeal, but itshouldn't be called "Great Expectations" - not without the message andplot that Charles Dickens intended. And that's why "Jane Eyre" ended upa really boring movie - all the great dialogue and mystery that made the book funto read weren't there, and there was no sex or beautiful actors to replace it.

The movie version of "Girl, Interrupted" is one of the betterfilms based on a book. Still, it changes certain important details. In the film,which takes place in the 1960s, an old boyfriend visits the main character, ateenage girl, at a mental hospital, which is the setting of most of the book andmovie. He tells her they should run away and be free. This all happens in thebook, too, except the "boyfriend" is her former English teacher withwhom she'd had a relationship, not some young hippie. Though the movie doesmention that she had a relationship with an older man, Hollywood couldn't helpbut give her a boyfriend her own age. That way, she seems less crazy, and we canlike her more.

There's nothing wrong with making a book into a movie.I actually think it's fun to see how a book would be set in modern times. In"Clueless," a modern version of Jane Austin's Emma, it was great thatthe screenwriter managed to capture Emma's personality and actions from 18thcentury England and bring them to modern Los Angeles.

But in mostmovies, the only thing left from the book are the bare bones of the basic plot.Sometimes I feel screenwriters only read a novel's CliffsNotes. So please, ifyou're a producer, director, or screenwriter: respect the author, even if they'redead. If you think a book is boring and should be changed, you shouldn't be theone making it into a movie. And for all you who aren't in the movie business: amovie based on a book is just one interpretation of the book. Read the bookfirst. 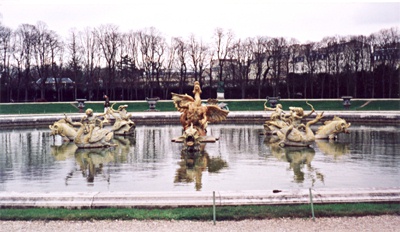