This summer I attended a Britney Spears concert. I was afan, and knew how big a star Britney was, but nothing could have prepared me forwhat I would see that night. As the excitement for the concert mounted, Isuddenly had doubts. I knew Britney attracted a young audience and didn't know ifI would fit in. I overcame my uneasiness, jumped in my car with a friend andheaded to the concert. As we approached, I saw girls as young as seven hangingout car windows, chanting Britney's songs and holding "We Love Britney"signs. I found it odd the girls' mothers didn't tell them to get in the car; Isaw a number of them almost fall out onto the road.

As we approached thegate, my ears were flooded with the sounds of thousands of kids chatting aboutBritney, BBMack and Innocence, all of whom performed that night. I started tonotice things that seemed strange. For one, 99% of the young girls' outfitsconsisted of short plaid skirts, white oxfords tied up in the front and whiteknee socks - the exact outfit Britney wore in her "Baby One More Time"video. Next, I noticed the excessive amount of make-up that masked their littlefaces. At 17, I was not wearing half as much make-up as they were. These girlswho hadn't even hit puberty yet looked my age. When the music started, they begandancing provocatively and singing all the words to Britney's songs. To tell youthe truth, I was horrified. These girls were half my age and should have been injeans and T-shirts, not short skirts and half-shirts.

After the concert Ithought about what I had seen. Our society is forcing children to grow up muchtoo quickly and model themselves after those who are considered pretty. No matterhow much talent Britney has, she still sends a negative message. There is a thinline between self-esteem and self-absorbtion. Britney apparently has no concernfor the youth of today. If she did, she would display her talent but still lookclassy and presentable. So, the question is: when a girl looks in the mirror,should she see what she wants to be, or what society wants her to be? 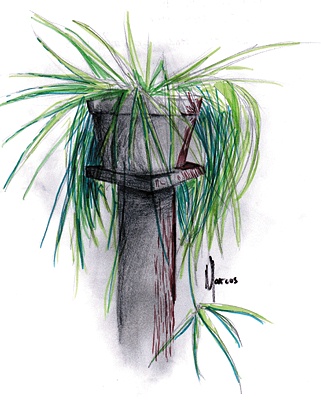