The Return of Cartoons | Teen Ink

The Return of Cartoons MAG

Recently, familiar old faces have been appearing ont-shirts and mainstream fashion. That's right: cartoons are returning, but theyare not just for kids anymore. With the appearance of popular cartoons from the'80s - the Ming Dynasty of cartoons - people have been delving into cartoons'past. After a trip down memory lane, many are asking, "What were thosecartoons thinking?" Everyday faux pas and social wrongs were plots; monogamywas ludicrous, obsession and stalking were an everyday occurrence, and time andplace had no meaning.

"That two-timer!" many screech when theyrealize what scum Archie really was. For those who do not remember, ArchieAndrews was a loveable, freckled carrot-top klutz who dated both rich andglamorous Veronica Lodge and sporty, talented girl-next-door Betty Cooper who,coincidentally, were best friends. In this day and age, dating your girlfriend orboyfriend's best friend, or anyone other than your girlfriend or boyfriend, forthat matter, is a major social wrong. Although Archie dated both, he always had apenchant for Veronica; Betty was his doormat. "What a puppy-dog fool,"many say when they realize Betty's naivete. While on the topic of Archie, it isimportant to mention the twisted love triangle between Moose, Midge and Reggie.Why did Moose never confront Midge for flirting with Reggie? Rather than beingangry at his girlfriend's faithlessness, he resorted to beating up Reggie, noquestions asked. What does this teach kids?

Along the line of bizarrelove triangles is the situation between Jem, Jerrica and Rio in "Jem and theHolograms," which is more than deserving of a Jerry Springer highlight. BothJerrica and her alter-ego, Jem, were girlfriends of Jem's band manager, Rio, whobelieved they were two different people. Everyone knew of Rio's infidelity,including Jerrica's sister, yet all failed to mention the sordid details toJerrica. On second thought, the fact that Rio and Jem were an item was commonnews, so Jerrica did know. Cartoons have hammered the concept of women beingsubservient fools into our heads. The old cartoons were just short of beingmodern American harems.

Obsession and stalking were common. The mostobvious example was in the popular "Be-verly Hills Teens." In thiscartoon, Wilshire, a student at a posh private high school, lived a double lifeas his crush Bianca's chauffeur. Bianca, meanwhile, was infatuated with Troy, whowas dating Larke. Bianca's schemes to separate Troy and Larke nearly killedLarke. Sadly, Bianca often used Wilshire to carry out her ploys. Today, actionsmeant to harm another student often result in expulsion, but Bianca was nevergiven so much as a slap on the wrist.

Cartoons of the '80s were riddledwith factual inaccuracies and unanswerable questions. For instance, why do theponies in "My Little Pony" run around naked, yet have dressers full ofclothing? Where did synergy from "Jem and the Holograms" come from?After more than 50 transformations, why did HeMan's tiger still cringe when beingtransformed? Why did the background in "Masters of the Universe" changewhenever He-Man and She-Ra underwent transformations? Is it legal to adoptchipmunks (especially singing ones)? If bears cannot fly by themselves, why didthe Care Bears establish their home in the sky? And finally, what exactly areSmurfs?

Cartoons send out mixed messages that, when analyzed, promoteviolence, obsessive behavior and eternal confusion. The only conclusion is thatcartoons are only meant to entertain children. 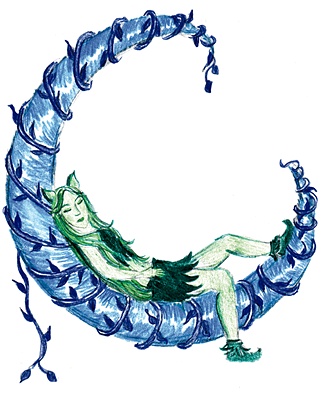