All of the above are things that will make someone smile.

Compliments.
If you see something someone does that you like, compliment them.
It's definitely not going to have a negative affect on you, and it's going to make someone smile and feel accomplished... so why not do it? It's not as if saying a simple compliment is going to take a long time. Someone could be having a really difficult day, and then receive a compliment that they look nice. I can almost guarantee you that that person, no matter how bad their day has been, is going to feel a bit of happiness at that moment. And they would have you to thank for that.

Knowledge.
Let someone you care about know that you care about them. Make sure you tell them how much you love them and thank them for everything that they've done for you. If you think someone's an amazing person, inform them of that fact. If you look up to someone, tell them that. Knowing that someone cares about you is often the one thing that keeps you pushing forward during times that you just want to let go and give up.

Respect.
Respect other people. You may not agree with what someone says, and chances are that someone's not going to agree on things that you say. But the one difference you can make… is to respect someone else’s opinion. No one has made it a rule that you have to agree with someone and their points of view on life, but there's no need to knock down someone else’s views. They can have theirs, and you can have yours. In fact, no matter what's said between you two the chances are that you're not going to change your mind, and they aren't either. So why not just avoid an argument and have a little respect? It's certainly not going to harm anyone
Picture yourself in a room. You’re sitting at a table with people. Maybe for you it’s at a lunch table at school, or for some of you maybe it’s at a table during a business meeting. Everyone’ arguing and they’re all disagreeing with what someone else has said at the table. Everyone is fighting with this person, telling them their opinion is wrong. In this situation, that person more than likely is frustrated and upset because they feel attacked and feel as if their thoughts don’t matter.
At this time, you may want to do the same as the people around you. But the chances are that if you tell that person that you disagree but still respect their opinion on the subject, they're going to feel better. They won’t feel as attacked, and they may even feel more interested in opening up their minds to other ideas. It doesn’t make sense to bash on someone because of their opinions. Everyone’s going to have different thoughts, and the least you could do is be decent and show them respect.
I don't feel like I'm explaining this well but I hope anyone reading this is grasping a hold of what I'm getting at.

Kindness.
Kindness is a powerful thing. It doesn't just affect the person you're directing it towards, it affects you as well. You shouldn’t need to be thanked by someone; you should just need to know that you've done something nice for someone else. In most cases, knowing that you’ve done something to make someone else happy will make you happy as well. If you don’t believe me, I dare you to go out there and try it.
People have grown so used to getting things in return that they've began missing out on the feeling that you can get just by doing something.
A kind act doesn't need to be something big. In fact, a really powerful act could be one made up of many smaller acts of kindness. The point is that somewhere along the way, during those acts of kindness... you're going to make someone feel good.
Sometime during the process, you’re going to make someone feel better, make them smile, or maybe even turn their day around.
And I can promise you, that somewhere deep down after you’ve performed this act… you’re going to feel good about it. So, why not just do it?

It's as simple as that one question; why not?

It's not going to hurt anyone, including yourself, I promise.
And the honest truth is that it could save someone's life.
The smallest bit of hope that someone sees could be their chance to turn their life around and start being happy again.
If you don’t believe me or if you doubt anything I’m telling you right now, once again I dare you to just go out and try it. I dare you to go out and make someone smile, and I dare you to do it with an open mind and without wanting anything in return. I dare you to be a piece of hope in someone’s life.

You could become someone’s hero.
Why not? 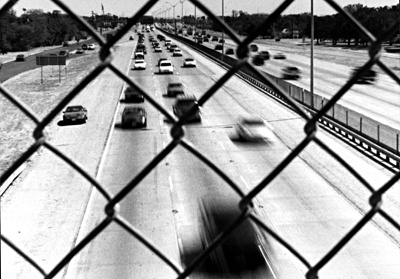