Favorite Quote:
"why live in your head when you can say it out loud"

Geoff Mackley states, ”I just never thought I’d seen anything like this. I’ve been to 30 hurricanes and over 35 eruptions. I thought I’d seen everything nature can throw out, but it’s got nothing on his.” Natural disasters are mother nature’s way to erase human existence. Tsunamis are natural disasters that come in massive waves. A tsunami is caused by earthquakes that form underwater. Most of the deaths are caused by the impact from the debris inside the water. Luckily, scientist are studying how plates move underwater to warn us from the horror that is about to occur. Therefore, tsunamis are the worst natural disasters because the debris is most likely to kill you first.

Tsunamis are caused from the ocean earthquakes.For example,the Sumatra Tsunami was a deadly disaster. The water waves from the land come rushing towards the land at around 500 mph. Each wave is filled with debris and it’s deadly to the human body...not all earthquakes that form in the ocean create tsunamis; only those that are closer to the surface.

Tsunamis are the most disastrous natural disaster because of the debris.The debris is the substance that is most likely to kill you first.Sand and dirt make it harder to see so at any point we can get stabbed,hit or slashed.If you survive the first wave your “lucky” but the next one is coming with more danger,more pressure so you better get out the way.After each wave if you get the chance to look around;it looks worse than the aftermath of an atomic bomb.

NOAA is trying to predict Tsunamis for future warnings.They study near the ocean.They are constructing new warning signals that are placed at the bottom of the oceans.For example,the Pacific area has these but the Indian Ocean doesn’t so many have died.Like the 200,000 people that died in the Southeast Asian Tsunami,all of that could have been avoided by putting sensors.

Therefore,tsunamis are the worst natural disasters ever.Tsunamis are caused by earthquakes that form underwater.They leave a hole in families hearts and leave us paralyzed by the damage it causes.Scientist are joining ideas to figure out a way to warn us as soon as possible so the death rates can lower.Would you want to see your family suffer from the devil's playground? 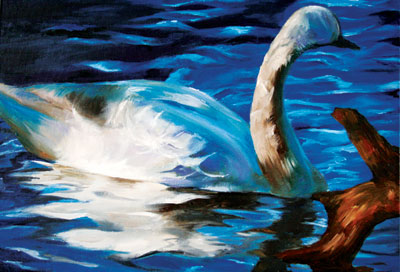 I allways have had questions about tsunamis so I decided to do resarch on this topic.To me once the water hits I will most likely die fast since I can't swim.Therfore,I think tsunamis ARE the worst natural disasters.