why am I white?

The title of my artical is what it is because sometimes I do not like being part of the caucasian race.why? because our race can be embarrising we are so quick to judge people and the way they act..But they don't even realize they are the same in many ways.. just because you have a different color someone discriminates agiast you,they do not have that right..their right is to be civililised..It is not wrong to be black, it is not wrong to be chiniese, or white, or yellow or even red you are you! and dont forget anyway you are, or any color you were made you are still a great you. 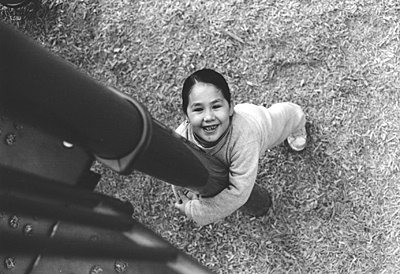 SolInvictus76 said...
on Dec. 12 2019 at 1:08 pm
SolInvictus76, Leavenworth, Indiana
0 articles 0 photos 70 comments
View profile
Race is irrelevant, and should neither be celebrated, nor should it be segregated. I believe we should take pride in our heritage, as individuals. We just shouldn't wave it in the face of others. Honestly, I don't care about anybody's "blackness", or "whiteness", for that matter. And I shouldn't. We should learn from each other. Not what we should hate, but what we should love. If that's racist, or "cultural appropriation", then maybe people shouldn't bend to the will of those who are self righteous and selectively "tolerant."
SolInvictus76 said...
on Dec. 12 2019 at 1:02 pm
SolInvictus76, Leavenworth, Indiana
0 articles 0 photos 70 comments
View profile
Why do people believe that only white male Americans hate others? FYI, it was white, male Americans that paved the way for the opinions of others to be shared. The blame does not exclusively lie on white individuals. Racism is a two way street, and affects all people. For example, many people, if not most from Asian and Middle Eastern countries absolutely hate the western countries, especially America. They hate us because we don't fit their view of what countries should look like. We don't discriminate against women and/or we don't steal from the rich to "give" to the "poor". If that's so objectionable, if that's so racist, then why don't you move to China? How about Iran? Good luck with those countries!
American said...
on Apr. 27 2017 at 8:54 am
Made me feel sick
kittttykat BRONZE said...
on May. 19 2010 at 1:47 pm
kittttykat BRONZE, Sidney, Ohio
1 article 0 photos 10 comments
View profile

it's not just the white people who discriminate against people, and judge people of other races.

At the school i'm attending now, the black kids, not to sound racist, always make fun of white kids and they get away with it...but when one white kid says something rude or nasty about a black kid, they try to fight them...

It's not just between whites and blacks, its also mexicans, asains, etc.

America is just that type of place where people are rude and nasty and they don't care about other peoples feelings.

Favorite Quote:
Why should I be afraid of falling to the ground if its soil was the very thing that blossomed me?

View profile
I completely agree with Jesse4658. To say that one racial group and one alone is prejudiced is to turn your back on reason. EVERYONE is human, and EVERYONE is entitled to their opinions. To say that only one group, whether black, white, or purple with yellow polka dots, is racist, is complete ignorance. You have also become a self full-filling prophecy, because now YOU, as a "white" person, are stereotyping an entire race based on media propaganda. Congratulations.
dbzfan13 said...
on Feb. 20 2010 at 12:42 pm
we are all human beings we were made from the same God and we should not accept a person by the way they look not even by their colour because we all are human beings so lets just try to get along......
Jesse4658 said...
on Feb. 20 2010 at 12:25 am
I'm not racist, I'm white and have two spanish best friends. But I've seen people of color make fun of whites simply because they get away with it. You overlook the fact that whites are just the ones that get called for being racist because when other races do it nobody says anything. If a white makes a racst remark the world crumbles. But when people of color do it's perfectly acceptable. Don't be ashamed of being white just because other people make us out to be the only racist group.
Wheat_Wheat said...
on Dec. 20 2009 at 9:27 pm
That seems very stereotypical of you; I mean yes in most cases it is how you say "whites" that are ignorant and imcompitant. But you can not blame us for the way we were raised, how they were brought up. I am not saying you have to be proud to be "white" but you shouldn't simply hate us because most were raised to think and belive the things they do. If you want this problem fixed you should go to the sourse. Do not simply blame them for your ignorance. I resepect what you are saying; but you are dead wrong in many aspects.