Is Disney appropriate for kids

Is disney appropriate for kids?

Disney has been known to have an entertaining story line. Many kids in their world wide platform live for their movies and shows. Disney, however, has entertainment not only made for kids. They have been known to have sections in movies and cartoons directly targeting adult audiences and it is inappropriate for younger kids.

I find it immoral and challenging to understand why a company with such a huge platform would allow adult content on a children’s channel. Of course it is as much the parents’ fault,  which begs the question, is Disney appropriate for children to watch?

Now I'm sure a lot of children have overlooked the image of a young lady’s back side in the middle of the Lion King’s cover page. Which could easily be overlooked because the image that was used as Simba’s nose .

In the many times I've seen The Lion King I have never seen a human in the cartoon coincidence?  Disney sets  unrealistic fantasies in our children's minds which allows them to believe that the world Is always going to be in their favor.

Children are naive and  can be easily manipulated.  This Is why parents need to be involved and oversee the content and ideas being set in theirchildren's mind.

An example of a terrible influence on children would be the cartoon called Mulan. Of course with the popularity of this cartoon it is easily expected that there  would not be any negative response to the movie, however, Disney created a character that ran from home and disobeyed her parents on a whim. In the realities of today's world that is unacceptable and very dangerous given that the young lady ran off with strangers.  This idea rivals with the philosophes we as parents have been teaching our children since the beginning of time "do not talk to strangers.” The young lady ran into  a lair filled with unknown men. This could have ended badly in the world because this has happened to a lot of runaway children and because Disney always  ends in they lived ”happily ever after” .

Not only does Disney create unrealistic fantasies they also  rewrite and disrespect historic events. An example of this is the story of Pocahontas,  another famous storyline with a hint of the truth the story entertaining children is morally  repulsive for any  adult viewer that knows the history of their story. In real life Pocahontas would have been 13  while John would be well into his 30s.  Does this mean Disney supports the idea pedophilia? There are too many examples why Disney should be banned from kids.

There was another cartoon where a child named Merida and her mother into a bear simply because she didn't like her mother's parenting method. To me this gives children the illusion that whenever they disagree with their parents’ rules they can take extreme measures to punish their parents.

The story always ends with happy endings and because of that all the negative connotations and negative influence inflicted in the show, movies and cartoon are always overlooked.  I will suggest paying closer attention to your children. 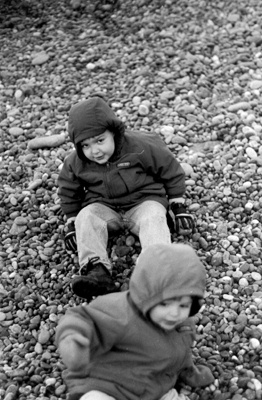