Yes, We Should Ban the Keeping Of Animals In Zoos | Teen Ink

Yes, We Should Ban the Keeping Of Animals In Zoos

Favorite Quote:
Writing is a form of personal freedom. It frees us from the mass identity we see in the making all around us. In the end, writers will write not to be outlaw heroes of some underculture but mainly to save themselves, to survive as individuals.

Several years ago, the Woburn Safari Park in Bedfordshire, England admitted to killing excess monkeys. The park said that it cost too much to continue to feed the monkeys, so the animals were shot and left to die.

This is just one of the many cases in which animals are mistreated, murdered, and malnourished by humans. Animals should be able to live life in natural environments without any negative influences by humans.

The first reason zoos should be banned is because of the fact that malnutrition, mistreatment, and murder (the three m's) is becoming more and more popular in zoos worldwide. From China to Detroit, animals are not being treated the way animals should be treated. In fact, some animals are not even getting a chance at life. In 2007, the IDA (In Defense of Animals) came out with a top ten list of the worst places for an elephant to go. All ten of the American zoos have had elephants die prematurely there. This is because of mistreatment of animals (improper diet, lack of exercise, unsuitable living conditions, etc.).

Another example of mistreatment in zoos is illegal substances being made from animals. A tiger bone wine, banned in 1993, has been sold on the Chinese black market for several years now. Illegal transactions like this are very easy because of vets at the zoos.

The third reason zoos should be illegal is because they can give visitors the wrong idea about animals. Animals will behave differently in the wild then they will in a closed area. For example, animals in the wild are not given food through a slot in the door. Also, animals in captivity are tamer than animals in the wild, so if someone came across an animal in the wild, they may think it is safe to approach the animal when it is not. People could easily get hurt.

The final reason zoos should be banned is that it is just not morally correct. Humans are animals too. What if animals got smart and decided to capture humans and put them in zoos? Humans, if given the option, would probably choose to be free rather than be gawked at all day.

So in order to keep the circle of life and continue to have animals be a part of the world, humans must take basic steps to maintain the delicate balance between man and beast. 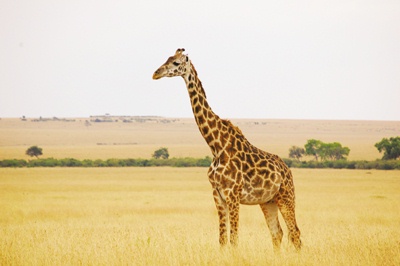 The author's comments:
This is actually an essay I had to write for a debate in my language arts class. I thought it turned out kinda good, so I decided to post it on TeenInk!!
Post a comment
Submit your own

Favorite Quote:
1) Every composer knows the anguish and despair occasioned by forgetting ideas which one had no time to write down.
- Hector Berliotz
and i had another one.. but theres not enough room :(

This article has 47 comments.

Favorite Quote:
When you rise in the morning, form a resolution to make the day a happy one for a fellow creature. -Sydney Smith

View profile
I so agree with you! Zoo's do have the potential of preserving endangered species but they aren't right! If anything there should be special areas for endangered species to revive their population but other than that I think the other animals should be set free! How can we say we're helping them when we're keeping them in cages and making them lazy? People don't think about how this impacts the enviroment.
Ellea SILVER said...
on Oct. 23 2016 at 5:33 pm
Ellea SILVER, Touchet, Washington
5 articles 0 photos 16 comments
View profile
Good point!
Ameer Khan said...
on Oct. 23 2016 at 3:32 pm
Firstly, Due to the disappearance of animals in day to days life, it is our responsibility to take care of those animals by providing proper and healthy food .As well as providing forest environment as zoo people provide for animals . which directly or indirectly helps us in saving the animals and taking it to the further generation. Acording to research A lot of young young child can remember the thing that they see or watch rather than imaging the things, So zoo will be benifical for our young child ,they will get to know about the life of animals , about their food for instance how the animals react with their young ones However, according to recent survey 10 to 15 people are lost their life’s in zoo due to the negligence of the zoo and due to the excitement of visitor .And lot of animals also died because of eating the toxic or waste items thrown by visitors into the cage. So zoo people should make proper rules and regulations and make sure that every visitor is following the rules
noname said...
on Sep. 28 2016 at 8:27 am
you have made a mistake dude......."..the fact that malnutrition, mistreatreatment and murder is becoming popular worldwide ...." these cannot get popular, istead you should write they are spreading . hope you consider my point.
Bobby said...
on Sep. 21 2016 at 4:42 am
i agree dab
Bobby said...
on Sep. 21 2016 at 4:38 am
zoos can preserve animals
Dab_on_em said...
on May. 5 2016 at 10:57 am
I agree they should ban the zoo because they dont wanna be locked in a cage all day long walking around in circles.
gremlin BRONZE said...
on Feb. 10 2016 at 10:01 am
gremlin BRONZE, Auburn, New York
4 articles 0 photos 33 comments

View profile
i agree however, if it werent for zoos many different species of animals would be extinct. by putting some of these in the zoos we can preserve them and hopefully get their numbers back up enough to let them back into the wild
CHICKEN LEGS! said...
on Jan. 28 2016 at 4:53 pm
I think animals are wonderful!!!
Shany_Liv BRONZE said...
on Apr. 19 2015 at 5:13 am
Shany_Liv BRONZE, Harare, Other
4 articles 0 photos 7 comments

Favorite Quote:
“Try, reach, want, and you may fall. But even if you do, you might be okay anyway.
If you don't try, you save nothing, because you might as well be dead.” - Ann Brashares

View profile
I like that, "gawked". It is such a lazy life for animals in zoos.. My only agreement with it is that maybe - though I think there are better ways to do it - it might educate people to an extent about animals. So many people live in cities, and may never interact with any true wildlife, but we are animals ourselves, and we need to accept that we share this planet. Great job expressing your opinions. If anything, a little more detail on your evidence (i.e. the monkeys that were done away with) would have made for a stronger argument. Thank you for sharing it!
Clinton_C. BRONZE said...
on Mar. 26 2015 at 10:52 am
Clinton_C. BRONZE, Defiance, Ohio
3 articles 0 photos 12 comments

View profile
Zoo's should not be banned but perhaps they should be limited to what kind of animals they have, one purpose of a zoo is to keep endangered animals safe and fed and usually those animals are in top notch, high priority zoos like toledo zoo and others of the same ranking. The way i see it is that zoos are not the fault of animal sickness or animal deaths in the zoos its the unprofessional workers who dont feed them and when confronted for it they give an excuse or lie either about the animals "attacking" them or they just say they "forgot".
luthfi said...
on Mar. 14 2015 at 8:43 pm
This is an amazing essay