You've seen it- an advertisement with some girl in a bikini posing on a car seductively. A man with no shirt on spraying himself with Axe to attract The Ladies™. A happy couple posting constant status updates on Instagram and Snapchat. Why are these the only things that you ever see online? It's simple. Many Americans see romance as the highest form of bonding (just under sex, of course). They think that love is 'more meaningful' than friendship. This, of course, can be very harmful to people who don't experience romantic and/or sexual attraction (known as aromantic and asexual people). It can also affect many people who do experience these attraction types, but don't feel comfortable having relationships of those sort. Many people will give up a well-off relationship because their sexual needs haven't been fulfilled (which is not a bad thing, per say, but can hurt a tad).

But why do people see love and sex this way? Well, many philosophers have seen it as the ultimate pleasure... including the ever unpopular Sigmund Freud. Despite most people hating his 'philosophy' which involved lots of homophobia and rather concerning theories on people wanting to have sex with their parents, it must have stuck at some point. Now, how does this affect people today, you might ask? It's affected many people who are uncomfortable with the idea of sex or romance by making them think that they are 'broken' or 'worth less than others'. Some even go out of their way to call asexual and aromantic people 'unhuman'.

The real question is, how can we fix this? We can't, if I'm being honest. It's been so ingrained into society that 'sex is the most important part of a relationship' that it might be impossible to take out. This is an opinion that so many share, that it's stupid to think that much can be done about it.

As a conclusion, we may never become fully aware of the horribly wrong idea that sex is too important to miss. But, I suppose that is the way that life carries on. It's a primal instinct, after all. 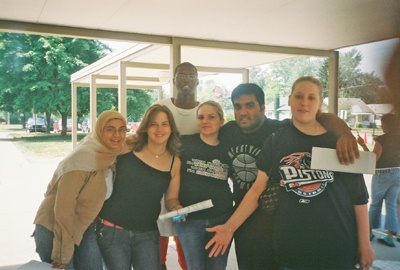 I have always been a little mad about people talking about how sex is the only reason that they enjoy relationships, and that it's all that really matters. I think that there are so many better things than it that one could enjoy, and so I wrote an article about sex's ever larger ego.

Favorite Quote:
It takes two to tango, but no one ever forces you to dance