I sat in my room, the dark purple walls enclosing the small space, there was no air to breathe, there was only me and the dark. I was having another attack. It was like this every time, I normally enclosed myself in the confines of my bathtub but John was in the bathroom. The food hadn’t come today, mom was too busy to notice I hadn’t been fed yet. She wouldn’t notice for a while, yet I waited. I waited for the moment that she would walk in and find me there, instant pity would be washed over me upon her discovery. But it never happened, I sat, in the darkness, rocking back and forth on my cheap Target chair. The chair brought me happiness at times like these. After throwing my clothes around and making a mess, I sought comfort in the crappy thing. It’s soft butterfly embraces pulling me in and gave me the illusion of someone hugging me. It was the closest thing I ever received resembling a hug. Hugs weren’t common in my family. We were a family of stone. My dad, the stone mason, built the original wall, and we each built our own around ourselves. Nobody could penetrate this thick, cemented block. It kept us safe, no emotions could seep through, and no emotions could seep in. It was meant to be a haven but sometimes I longed for that touch, that recognition that somebody cared for me more than I cared for myself. But it never came. I pushed all my friends away, I pushed my family away, I even pushed my smelly dog away as he drooled on me. Even his unconditional love couldn’t penetrate the wall. Some might say it’s sad, some might say I have a problem, but I consider myself strong. Nothing can hurt me. I might not feel the love that others receive but I don’t feel the pain either. Pain hits my wall and slides off as if it’s two opposite sides of a magnet. My wall is impenetrable.

Sometimes I question my decision in building the wall. As the bricks get higher and higher, I think, maybe a breathing hole might be good here and there. But then I will mentally slap myself back into reality. If I allow one hole, that hole will lead to many more holes, and then the whole wall will come crashing down. And that scene would be as apocalyptic as the end of the world. Friends came and go, some stayed because they thought they could find a hole in the wall, a hidden spot that I had neglected to cover. But the task was too hard, and they gave up, they left. My inability to feel pain made me insensitive to these occurrences. A friend crying on the phone meant nothing to my stone heart, a friend physically hurt and crippled meant nothing, the mental retardation of my own brother meant nothing. The pain was gone, the wall was strong, and I was confined behind it, prepared for a quick rebuild should the time come. But it never would, there was no one to break it, no one that cared enough to stomp right on through and take my soft innards out into the real world. I was like a turtle in a shell, except I never came out, I never showed my soft parts, I was a shriveled up body in an abandoned shell, never to be found by anyone. 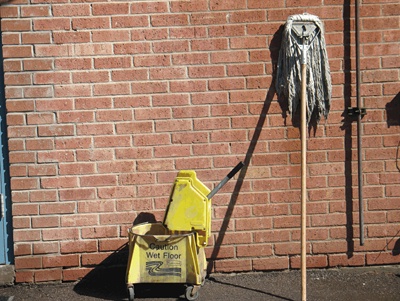 The author's comments:
This was inspired by a friend of mine.
Post a comment
Submit your own